Historic sculptures and artifacts are beginning to be liberated from museums for all to enjoy, as people and organizations create scans of the pieces and then 3D print them for others to see. We profiled Cosmo Wenman this summer, who has been given permission to scan any object at the Skulpturhalle Basel museum in Switzerland.

But what about paintings? Just taking a photo of a work and reproducing it in perfect color still lacks the texture and depth of the original. And that’s because, while we think of them as flat, they are really not merely two-dimensional objects. Even though the third dimension, which includes the brushstrokes and texture of the canvas, is not very thick, it does indeed exist and needs to be replicated to create a reproduction that truly looks like the original.

Fujifilm and Canon have leveraged their 2D image duplication expertise into 3D processes that will capture that third dimension, and are already reproducing some of the world’s greatest paintings, such as Van Gogh and Rembrandt. Here’s a quick rundown on what they are up to. 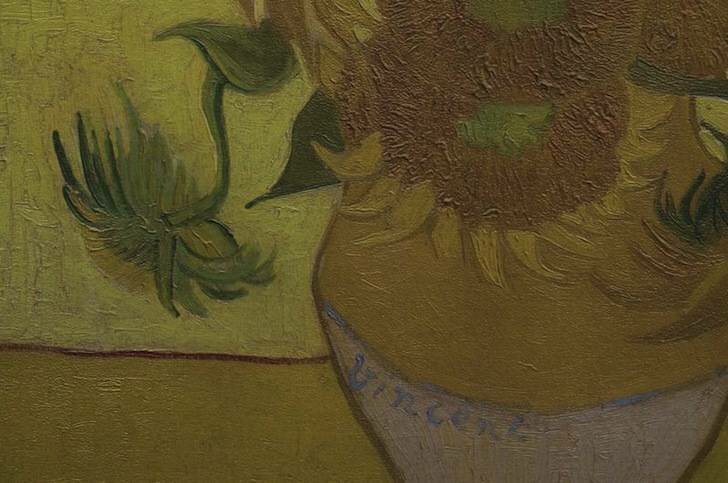 Seven years in development, Fujifilm’s Reliefography reproduces an entire painting, including the frame, canvas, colors, brightness and individual brush strokes. It even reproduces the torn labels and hand-written notes on the back of the canvas.

From the Fujifilm website, here’s a bit more detail on their current project:

A 3D printing project with the Van Gogh Museum has been developed in cooperation with FUJIFILM Belgium NV, Sint-Niklaas, Belgium. The product resulting from this cooperation is called Relievo, a premium three-dimensional replica of Van Gogh masterpieces. The originals are recreated in size, colour, brightness and texture to achieve an ultimate fine-art reproduction.

The Relievo not only recreates the front of the original painting but also the back of the paintings including all labels and stamps that were added over the years on the frame. The Relievos are checked and officially approved by curators of the Van Gogh Museum. 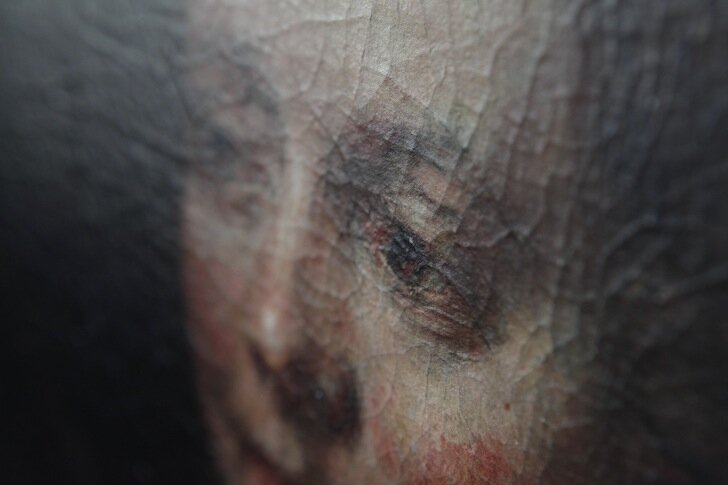 Not to be outdone, Canon’s Océ Group, which creates the company’s large format printers, has their own approach for reproducing paintings. The group, along with with Dutch researcher Tim Zaman, have been working with the Rijksmuseum and Kröller-Müller museums in the Netherhlands to develop a system that can capture every detail of a painting and reproduce it.

The scanning equipment consists of two Nikon D800E digital cameras, lenses, and a picoprojector, and together provides for 40 million points per capture, The painting reproduction is printed on an Océ 600 ppi 3D printer. As with the Fujifilm system, it captures the fine details like brush strokes and texture.

And here’s the setup: 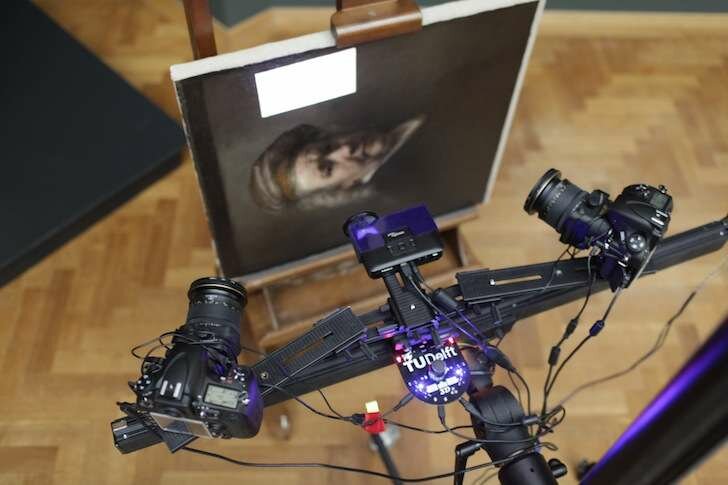 “The scanning equipment is actually very straightforward, and only consists out of these parts. The rest of the parts is just cables and
stuff to make the camera move in X and Y.” – Tim Zaman