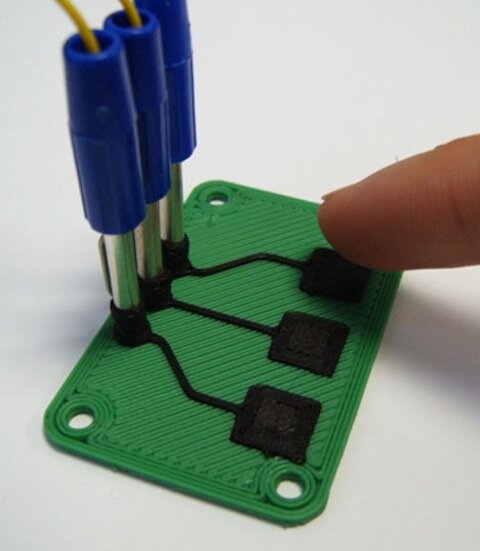 A few years from now amputees will have access to prosthetics of printed materials that are affordable, realistic, and more importantly conductive; not for the use of something like Force Lightning, but because much of the signal from the brain to the extremities can be detected as electrical current, and therefore intercepted and translated into commands that direct prosthetics. Or will it be a few months from now? Conductive/electrical printing is kind of the Holy Grail of 3D printing, partly because people could start printing iPads and partly because with it perfected the end-goal of the RepRap project will be realized: fully replicating open-source 3D printers.

Currently the RepRap can print about 50% of its components, and the rest will come as conductive printing advances, which is where a Dr. Simon Leigh enters the picture. He and his research team at the University of Warwick’s School of Engineering developed a material that they’ve dubbed carbomorph, which is a conductive plastic. Yes, you read that right. Carbomorph is an affordable and printable plastic that’s also conductive. I don’t know the limitations of the current but there’s enough throughput to transmit data; the team demonstrated the abilities of the material by putting a sensor in a cup that could accurately measure the amount of liquid that it’s holding, due to the communication between the conductive cup and the sensor. Objects can be touch sensitive and responsive; ports for controllers can be printed right into objects. Oh the things you’ll print.

A pressure sensitive glove was also printed in one go and that is what caught my eye. Cheap, personalized interfaces aren’t currently on the market, despite a large need. Those with physical disabilities could have controllers shaped to their very specific needs with this material, and without all the expense that’s associated with such services now. NASA is also researching printing circuitry in the SpiderFab project, the RepRap project pushes onward, and Stanford is making headway on printing conductive hydrogel. Eventually, biocompatible versions of these materials will enter prosthetics to carry and amplify the signals from nerves to Biometals to deliver smooth and natural motion. If I had a better understanding of that last sentence I’d be filing for a patent right now. 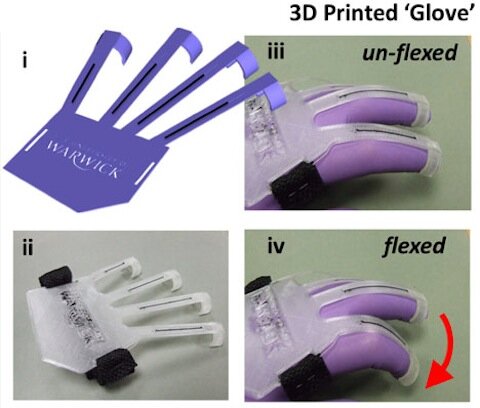