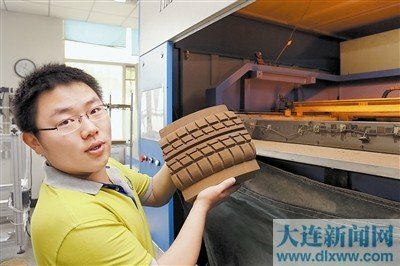 We focus a lot on American 3D printing news here, but it’s really a global trend. China may have entered the game a bit late, in the ‘90s, but their progress is not to be overlooked. There are already plans to print fighter jet components. Now what may be the largest 3D printer yet (besides the D-Shape) has been developed in Dalian, Lianoning, China.

In a joint effort between Dalian University of Technology and Unit Science and Technology Development Co. Ltd, Professor Yao Shan and his team have designed and built a laser sintering printer with a build volume of 1.8 cubic meters. It’s currently going through a testing phase. This printer isn’t just large; it’s also highly efficient, using “contour scanning.” Instead of sintering the entire object, only the perimeters are sintered. This means that the energy required for the laser is much lower as it’s only applied to the surface area of objects and not their volume. The material used is coated sand, so the printer outputs an object that’s hard on the outside with loose sand on the inside. The object is then cured in a furnace at 180° C to solidify it, creating a useable mold.

Because the sand is only $163 per ton and the laser only forms the shape of the object, the process is much cheaper and faster than most 3D printers, upwards of a 35% reduction in time and 40% cost savings. That’s very significant for industrial production where any efficiency gains on large components translate to huge cost reductions. Prototyping will also be faster and more affordable through this technology. I don’t see why an American company couldn’t develop a similar process, even one that uses a binder instead of sintering. Chop chop America.