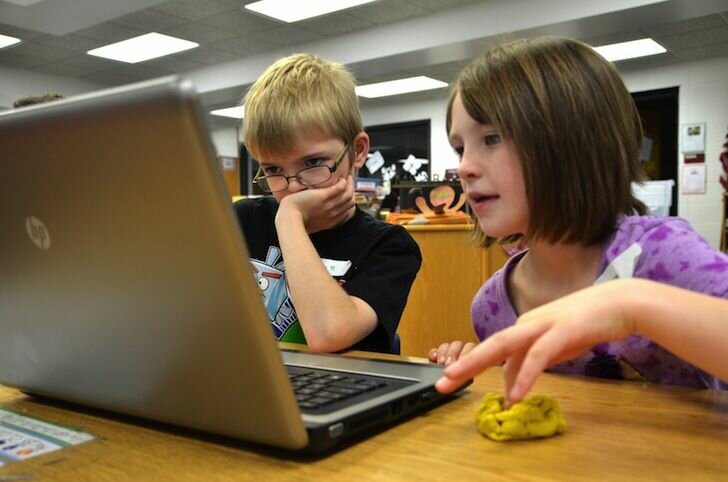 Loyal readers of this site will know that we love us some kids. Wait, let me rephrase that. We understand that kids are the future. The more educated and empowered today’s children are, the less broken tomorrow will be. I’m all about the humanities and the arts because they keep us humble and in touch with one another, but it’s the STEM (science, technology, engineering, and mathematics) curricula that present the tools for creating renewable energies and methods of diverting dinosaur-killer sized asteroids from destroying all of humanity. 3D printing incorporates and requires every letter of STEM, so it makes sense that the City X Project features 3D modeling, scanning, and printing.

The Project came out of IdeaCo, which is an “educational development company that builds resources for inventive learning around the world.” 3D Systems is sponsoring City X, which is good because they’ve got the know-how and the resources. The premise is this: teach children aged 8-10 the principles of engineering by exposing them to real-world problems and allowing them to use 3D printing to create novel solutions. The problems will exist for 32 characters in City X, the first colony on an alien planet. Major issues like “pollution, transportation, water and sanitation, health, and more” will be addressed by kids from all over the world.

They won’t just be learning the cold numbers of engineering. The children will learn how to solve problems, together. “3D technologies will help kids bridge the gap between digital and physical worlds, explore cultural differences, and co-create like never before.” With a population of 7 billion and growing, most of our problems are not national. They’re global. Breaking down cultural barriers is key to enabling a prosperous and sustainable future for all of humanity. In fact, that’s number two of the goals, which are “1, Teach kids about new technologies in the context of creative problem solving. 2, Foster cultural exchange and awareness between kids around the world. 3, Inspire people to imagine a better future and eventually, create it!”

“The project’s driving philosophy is that we can’t build tomorrow until we imagine it today. And who’s more imaginative than kids?” 3D printers are a great tool for such a project because they turn ideas into tangible objects. That’s incredibly empowering for impressionable minds. It’s potentially the difference between “it’s impossible” and “can do” attitudes. A traveling interactive art installation will be created to display the children’s solutions and how 3D printing can encourage and enable them. Additionally, “A free, open, and internationally tested curriculum and educational model for teaching 3D technology workshops in elementary education” will be compiled. Schools that are selected for the tour will be supplied with all necessary equipment and training. So if you’d like your school to be chosen, apply now.

Cameron, Senior Staff Writer, is a technology enthusiast that can better write about 3D printing than he can ride a bike. His interest in 3D printing is mostly driven by his desire to become a cyborg. He enjoys philosophical conversation and is also fond of poetry and Star Trek. Connect with him on Google+. View all posts by Cameron Naramore »
« Amazon’s 3D printing store at a glance
Microsoft Windows 8.1 slipstreams 3D printing to mainstream »