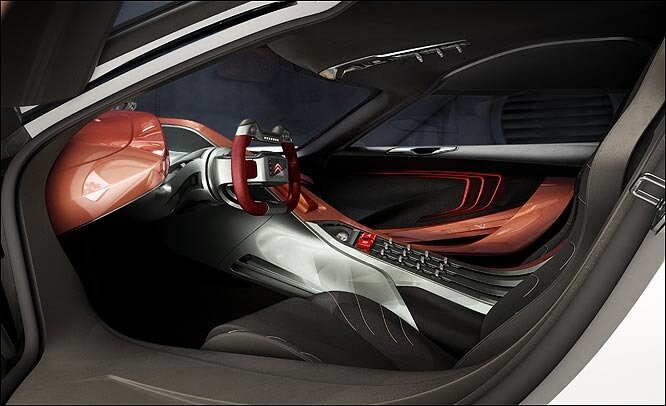 Is it just me, or are most cars starting to look alike? Sometimes I have to look at the nameplate of a car to see if it’s a Ford, a Hyundai or a Mercedes. You can make a car a bit more unique with the choice of paint colors, and choosing one of usually three features packages, but there are still going to be thousands of cars on the road just like yours.

But what if you really wanted to pimp your ride? What if you wanted to have some truly one-of-a-kind components that NO ONE else has on their same models? Maybe you’d like a gearshift knob precisely matched to your hand size in a material and color of your choosing? Or how about a custom shaped area of your dashboard in the material of your choice? Custom steering wheel?

There’s only one way that anything like this is going to become a reality, and that’s with 3D printing. Without a 3D printer, it’s simply unaffordable to do such one-offs. If automakers would at least begin by designating certain components of cars as custom-designable, we’d be on our way.

The good news is that there is already movement in this direction. In this video, Joris Debo, Creative Director of Materialise.com, offers his views on where this is heading:

“The automotive industry is really an industry based on more than technology, like making very large scale parts, but very complex, but there always are limitations with making pieces with molds. So we are offering a technology that can bring it a step forward, like implementing elements that were not possible before like moving parts, for example, or even making two materials at the same time in one object, making custom seats for example, making custom steering wheels, custom dashboards, these are all possible. If we make a thousand pieces a little bit different, for us it’s not such a big difference in price. If you were to do it with moving technologies, it’s a huge investment.

“We made a Playstation car, a GP from Citroën, and basically it starts from a 3D model that was used in a Playstation game, and they actually made a concept car out of it, and we made components for that, copper-plated center console. It’s actually a functional car, it’s not only for visual purposes, but you could actually drive that car and use the components. Nowadays, you already see the first manufacturers applying actual 3D printed pieces in actual production cars, which is a very big thing. If the technology advances as fast as desktop computers, within 5-10 years we will be able to print our own car.”

I can see it now though: the first mover customers would be the all the bleeding edge 3D techies who can whip anything up in a 3D modeling program. Silicon Valley’s roads would be filled with the craziest cars you’ve ever seen, while the less technically advanced areas would have to be happy with Cafepress-created license holders. (I’d put an LOL in here, but that would be unprofessional.)

Materialise‘ mission is to innovate product development resulting in a better and healthier world through its software and hardware infrastructure and in-depth knowledge of additive manufacturing.