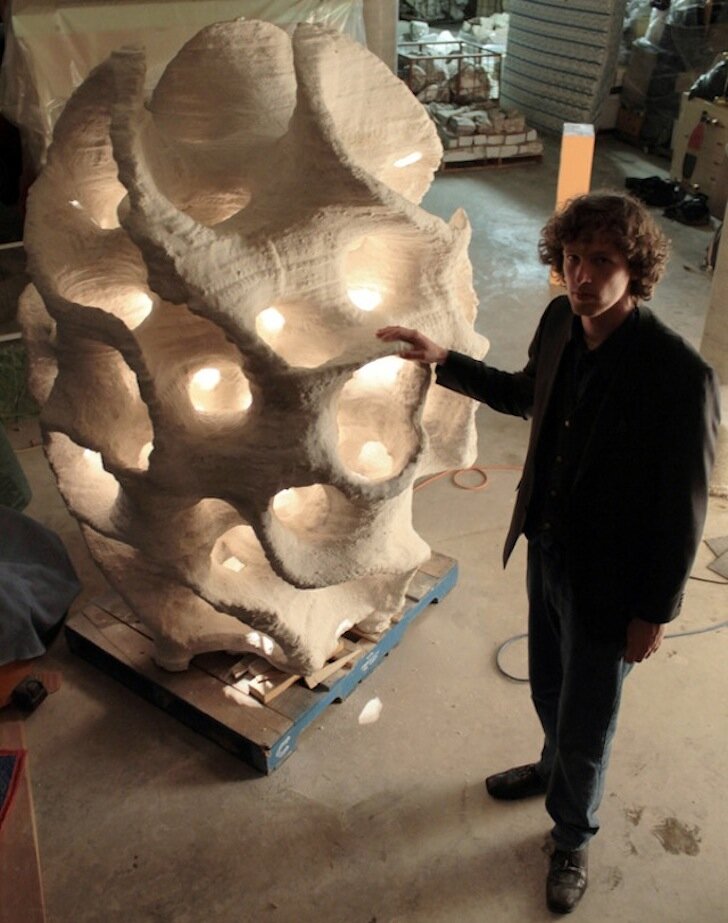 What you are looking at is the largest 3D print in North America (and perhaps the Western Hemisphere). It’s called the Rygo, designed by the magnificent “math artist” Bathsheba Grossman, and printed in Italy on Enrico Dini’s massive D-Shape 3D Printer.

The six foot tall Rygo almost never made it to print. It began when designer JF Brandon contacted Grossman and asked if she would be interested in super-sizing one of her exquisite designs by the D-Shape. She agreed and they settled on her Rygo model.

JF Brandon set up an Indiegogo campaign to raise the funds to be able print and ship it. Unfortunately, they only raised $3,304 of the $16,000 goal. But the good news is that somehow they managed to follow through with the project. It’s now on its way to go on exhibit in the VanDusen Botanical Gardens in Vancouver Vancouver, B.C., Canada.

You can watch the intial Indiegogo campaign video below:

Damn, I was just in Vancouver last month! I would have loved to have seen it.