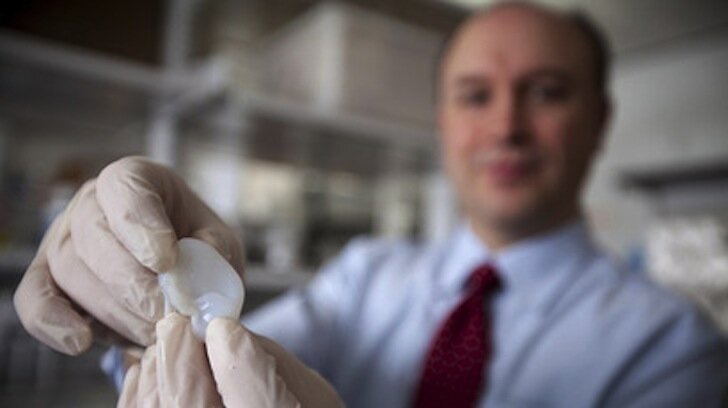 As I’ve said several times, and will doubtlessly say countless more, bioprinting is one of the most promising areas of 3D printing. There are researchers working on printing solid organs, but the outside of the human body is pretty important too. Much like printed noses, the ears, being mostly cartilage, are also 3D printable.

Many children are born with incomplete and deformed parts of the external ear, which hinders hearing, and Lawrence Bonassar, Associate Professor of Biomedical Engineering at Cornell University, and one of the researchers on the ear printing team, reports: “The [printed] ear is really remarkable from a mechanical perspective.” And there’s good reason for that. As the article published in the journal PloS One further details, the process began with 3D scanning a healthy ear, which created a digital version of the ear, and then a negative mold was printed; that mold was filled with a gel comprised of live cow cells and collagen, and about 15 minutes later, which is less time than it takes Jell-O to congeal, an implantable ear was ready . The ears were attached to the backs of rats, and after one to three months the ears were growing with the rats’ own cells.

The team believes that using the patient’s own cells in the gel will reduce the chance of rejection, though the success with cross-species cell/ear implantation is certainly impressive. As radical as it may sound now, I still maintain that personal 3D printers will eventually have bioprinting capabilities, at least for producing bio-bandaids.

Here’s an interview with Lawrence Bonassar: