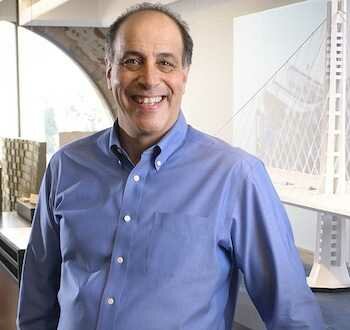 Carl Bass, president and CEO of Autodesk, has penned an excellent post on Wired about both the limits and the opportunities of 3D printing. Bass is high on 3D printing, but also realistic, and his article attempts to tamp down some of the — in his opinion — overly optimistic projections that exist in the media and elsewhere.

He takes on the idea that 3D printing will replace other manufacturing technology. He’s right, it certainly won’t. Yet. There is no time frame in his statement. Obviously, someday — whatever that day is — it will.

Much has been said in the media about how 3D printing will bring manufacturing back to the United States. Given his comment on 3D printing not replacing other manufacturing, of course Bass doesn’t think this will happen.

He talks about the ecosystem, and how it isn’t just about the printers. 3D printing is just a part of the “accelerating software-controlled manufacturing trend which is making not just 3-D printers — but laser cutters, mills, lathes, routers, and industrial robots — increasingly powerful, affordable, approachable … and therefore accessible to lay users.”

The current business model is also on his hit list. And the problem with the current model is simple: the cost of materials. It’s just too expensive to do anything at scale. Yes, it is now. But what will it be in ten years? We know we’re not there yet.

But these are only his negative points. He’s very high on how 3D printing will expand into limited production, for example. And he’s positive about bioprinting and the 3D printing of electronics.

Out with Moore’s Law, in with the 3rd Power Law of 3D Printing

I want to excerpt a section I thought was interesting. People often use Moore’s Law to extrapolate the advancement of 3D printing, but he says we need a different kind of Moore’s-like Law for 3-D printing, which he calls, “the 3rd power law of 3-D printing.”

While the hype paints visions of limitless replication — lost components, shoes, body parts, musical instruments, even guns — here’s a key fact: Where 3-D printing may be unfettered by complexity, it is constrained by volume.

Everything from cost and time to amount of material increases exponentially: specifically, to the third power.

As a counterpoint, you might want to read our article, Paul Brody of IBM: the rise of 3D printing is exponential.