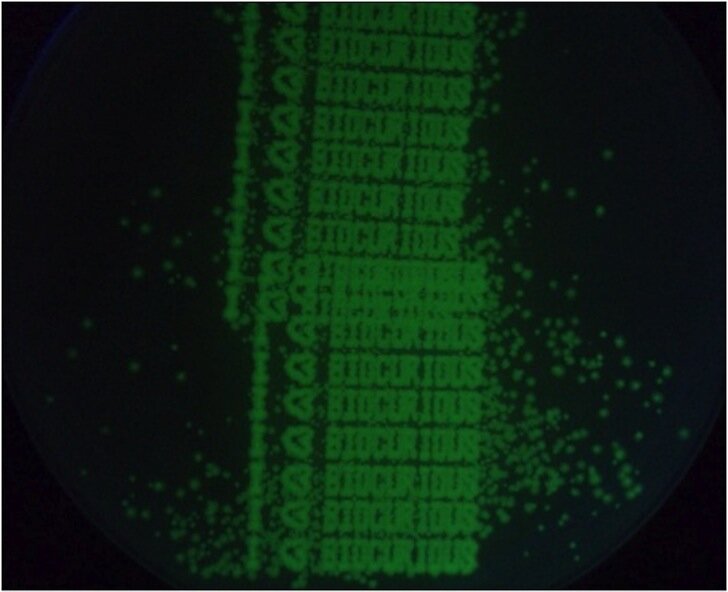 There are major differences between 3D printing and bioprinting, and yet the two so often commingle, so we cover bioprinting sometimes even when it’s not 3D. And today is one of those days because the story is just too cool to pass up; Patrik of Instructables built a bioprinter for around $150 out of an inkjet printer, a couple CD drives and Arduino boards (what can’t those things do?), and was kind enough to provide a step-by-step guide to build your own.

He used an HP 5150 inkjet printer that nobody was using, and spare CD drives too, so most of the costs were for electronics like the Arduino Uno and the InkShield kit, which is a Kickstarter-funded Arduino shield for controlling inkjet printers, as modern printers actually print at too high of resolutions for bioprinting. By playing on Hacteria’s CD drive-based micro dispenser (that can also be made into a micro laser cutter), the concept of which came out of the RepRap project, Patrik created an XY scaffold by mounting the laser-moving parts of two CD drives in a vertical 90 degree-turn configuration; it’s important that the drives have stepper motors and not DC motors. The print bed was attached to the bottom drive, and so it moves on the X axis, while the printer head was mounted to the top drive, and moves along the Y.

For the test print, the Biocurious team didn’t want to print live cells, so an arabinose solution (a simple sugar water) was loaded into the ink cartridge, a design was printed onto filter paper, and then that was placed onto a “lawn of E. coli that we had engineered to carry the pGLO plasmid,” which means it glows, and the E. coli successfully transferred onto the sugary area, glowing as if it actually comprehended the magnificence of the achievement. But the team did eventually put a live-cell solution in the cartridge, and that worked too (success pictured above). So there you have it, a DIY bioprinter for around $150 from someone that said “We dug into this project with essentially zero hands-on expertise with bioprinting, driving stepper motors, driving inkjet cartridges, or even programming Arduino!”

So what will you make today?