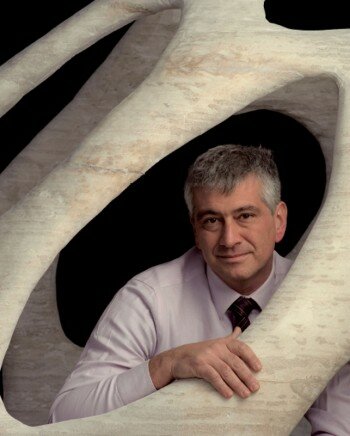 Enrico Dini is no stranger to 3D printing. In 2012, Dini was featured in the film “The Man Who Prints Houses” as a genius in the 3D printing world who had plans to change the world with 3D printing.

In the past few years, Dini has worked to perfect the 3D printing technique that uses sand to print coral reefs. The process involves dredging sand and sludge from the seabed along the coast, sun drying it, and then feeding it to his D-Shape printer, which then creates the 3D printed coral, one layer at a time.

Once the coral sculpture is printed, it’s placed back into the water where the materials came from, to help protect the coast. The reefs act at breakwaters and offer protection to fish and sea creatures.

Test programs for the 3D printed reefs have been launched in England and locations in the Middle East. Experts say it is a promising step towards restoring coastal habitats, but the focus must also remain on regrowing natural corals.

As a child, one of Dini’s favorite childhood pastimes was playing with sand, so it’s only natural that now he is using sand to create large-scale replicas of coral reefs.

The D-Shape, the 3D printer that Dini uses for the job, is the 3D printer that he created himself. The D-Shape is one of the largest 3D printers in the world, and can handle objects up to six meters cubed. The printer uses CAM software to print buildings on site with less manpower than is needed for construction.