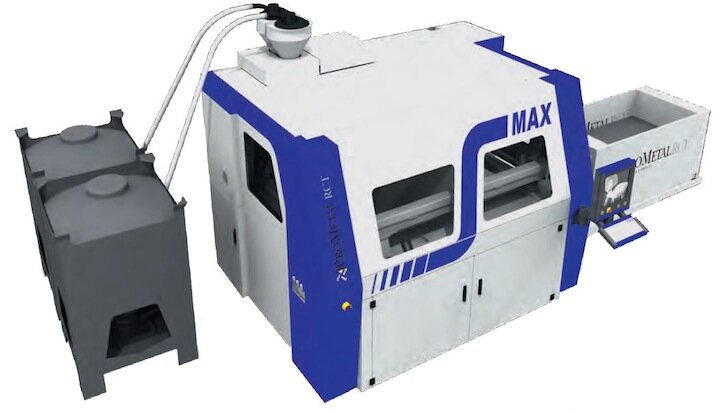 3D printing is one of the hottest sectors of the stock market, with leaders 3D Systems Corp. ( DDD ) and Stratasys Ltd. (SSYS ) seeing their stock prices roughly triple in the past year. And even though readers here know of this (3D printer investing articles are our most read stories), it’s still seems to be almost a stealth bull market to the rest of the world. I have CNBC running in the background most mornings, and I have rarely heard either mentioned.

Today we have another entrant into the space, and it’s under the radar as well — in terms of news coverage, not stock action. It’s 3D printer manufacturer ExOne Co. (XONE), which IPO’d on the Nasdaq this morning. The initial offer price was $18, but shares opened at $23.66 with strong investor interest. They had hoped to raise $75-80 million, and instead took in $95.4 million.

Most of its customers are in the aerospace, automotive, power fluid-handling industries and heavy-equipment industries. Their customers include a number of Fortune 500 names, such as Caterpillar and Boeing.

Printing in metals sets it apart from 3D Systems and Stratasys. According to Morningstar industrial stock analyst Daniel Holland, in a research report issued ahead of the IPO. “ExOne enters as a pure-play in industrial-use metal applications.” There is one other pure play metals-printing 3D printer company, and that’s Swedish company Arcam AB (AMAVF) which has tripled investors’ money over the last few months. Will ExOne do the same? Arcam stock, listed over the counter, benefitted from a ridiculously low trading volume and share float, so any hype moved the stock dramatically. Nasdaq-listed ExOne, on the other hand, has seen five million shares traded just three hours into trading already today — with that kind of volume it’s not really appropriate to compare its potential price action to that of Arcam.

As with Arcam in Sweden, ExOne is still a very small company. In 2011 they shipped four units. In 2012 they increased that to 13 units. That’s not a lot, but here’s the encouraging thing: ExOne sold 8 of those 13 units in 2012 in the last quarter, which seems to bode well for the future trend.

Disclosure: I purchased shares of XONE at the open, and already own shares of DDD and SSYS. In addition, I am not a stock analyst and you should not consider anything I’ve written here as a recommendation to buy or sell any security.