Many believe that human life expectancy is going to blow up within this century. While medicine is pretty powerful today, its technological advancement is likely to expand at a nearly exponential rate within the near future. We’re already seeing science-fiction-like innovations, but what can we expect 20 years down the line?

Christopher Barnatt, a well-known futurist and author of the book “25 Things You Need to Know About the Future,” has advanced quite a few riveting ideas about the future. Some of his ideas revolve around 3D printing, and quite a few of those ideas focus on bioprinting. When I first discovered his website, explainingthefuture.com, Christopher’s videos and articles blew my mind. I’ve listed a few of my favorite bioprinting concepts from ExplainingTheFuture, and I think you’ll find them as intriguing as I do. 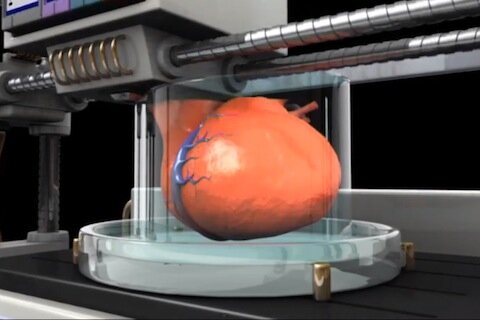 Organ fabrication through bioprinting has always caught my attention. This idea isn’t necessarily new, but Christopher explains this process very well.  Bioprinting, while technologically complex, is actually a very simple concept: rather than using a 3D printer to print inorganic objects with such materials as plastic or nylon, bioprinting sends living, human cells through the printer to produce functional human tissue or organs. The cells originate from the patient and enough are replicated to create the part needed. For example, doctors would harvest skin cells to repair a burn wound, while doctors would harvest a portion of a bladder if they were to replicate a bladder.

Most of the organs being printed today are relatively simple and much work is still experimental, although you can see one doctor is already 3D printing bladders. Printing kidneys, livers, hearts, and lungs are further down the road, but replication of these complex organs should be possible within the next couple decades. 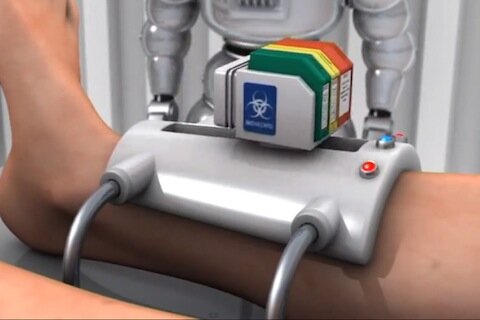 Such things as accidents, war and fire can leave people with scars, rashes, burns and other injuries on their bodies. In the short video above, Christopher suggests that bioprinters might be able to quickly heal cuts, gashes, burns and even scar tissue.

“Sometime next decade, doctors may therefore be able to scan wounds and spray on layers of cells to very rapidly heal them.”

Skin printing has the potential to revolutionize the way we treat patients. When this concept becomes widespread, patients could be leaving the hospital after major surgeries in days, rather than weeks. This kind of technology would be fantastic for hospitals, of course, but imagine it on the battlefield as well. It could even play a role in your dermatologist office. 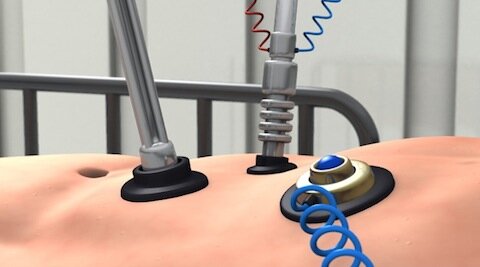 Another one of Christopher’s ideas includes organ repair from inside the body. Instead of finding an organ donor (or fabricating an organ), doctors may be able to repair internal organs with a robotic arm which would work from within the interior of our bodies!

“The potential to use bioprinters to repair our bodies in situ is pretty mind blowing. In perhaps no more than a few decades it may be possible for robotic surgical arms tipped with bioprint heads to enter the body, repair damage at the cellular level, and then also repair their point of entry on their way out.”

When I saw Christopher’s video, it simply blew my mind. Imagine the help this could provide for a stabbing or a gunshot victim, or someone with failing internal organs. The thought of a robotic arm entering the body to repair an organ from the inside is phenomenal, and if it comes to fruition, it will save many lives.

“Patients would still need to rest and recuperate for a few days as bioprinted materials fully fused with mature living tissue. However, most patients could potentially recover from very major surgery in less than a week.” 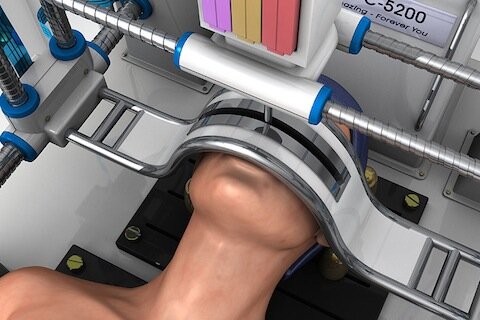 This is the concept that really made me want to write about Christopher’s work – it’s simply brilliant! If you watch the video above, it suggests that doctors may be able to scan and fabricate faces through a bioprinter. At first you might think, no way! (Like I did) However, when you think about it, it’s just another form of bioprinting that’s very similar to the “rapid healing” concept.  A futuristic bioprinter may be able to remove current skin while laying down new layers of skin across your head to give you a new, rejuvenated face.

“People could therefore download a face scan from the Internet and have it applied to themselves. Alternatively, some teenagers may have their own face scanned, and then reapplied every few years to achieve apparent perpetual youth.”

When Christopher mentioned the idea of a teenager scanning his or her face, it set the wheels turning in my head. “Looking-younger” is already a large consumer market, but what about looking like Brad Pitt? This idea is pretty science-fiction-like, and would involve structural issues as well, but who knows – it could come to reality nonetheless.

Bioprinting may have the power to modify multiple parts of the human body. Manipulation at the cellular level is one of the key aspects to rapid healing, face printing, and other applications, but what else could come about through bioprinting? Christopher suggested that some patients could potentially have printed layers of muscle. Skin manipulation processes could result into very interesting tattoo-like alterations. Some people have suggested full-on cloning. Many people with birth defects or injuries could fabricate new fingers, toes, and perhaps even limbs. There is almost too much potential in this field, the applications are limitless.

You can read more about bioprinting in Christopher’s book “25 Things You Need To Know About The Future”, or by accessing his website here.

Although this technology is still primarily in the research stage, it’s moving forward rapidly, and some of the things written about here could be realized within the next decade or two. At the age of 19, I’m not particularly afraid of organ failure, since bioprinting will likely be there to save me by the time I need it. If doctors and engineers have the power to create or manipulate skin, organs, bone, and other parts of the body, the thought of aging doesn’t seem as scary. My generation is young enough to hopefully take advantage of it all, yielding a life expectancy well beyond what is expected today.

Images and video courtesy of ExplainingTheFuture.com.

Chris Waldo is a technology enthusiast and copywriter with a focus in 3D printing. He is currently working as the Content Manager for the 3D printing network, Kraftwurx. Follow him on Facebook or Twitter.
View all posts by Chris Waldo →