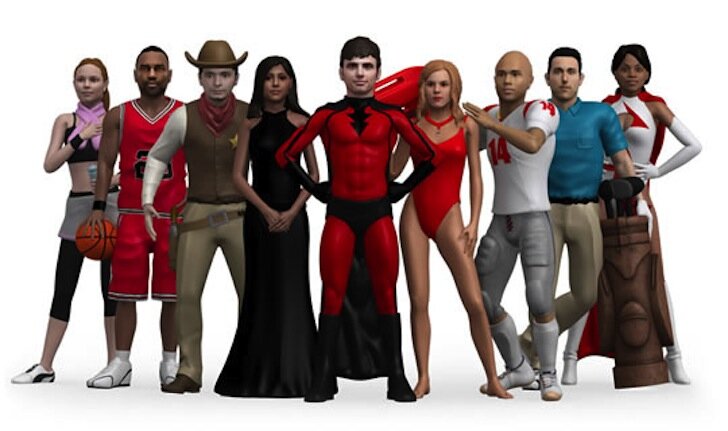 A while back we told you that 3D Systems, through Cubify, had plans to offer Star Trek figurines with your face. So far, they have not made that so. Tisk, tisk. Later, we reported on the Mixee Me app on Cubify that lets you make customized avatars of yourself. Still though, no service allowed you to have your face 3D printed onto a figurine, until now. Finally, 3D Systems launched the 3DMe app on Cubify.

Sarah Stocker, Senior Director Cubify, 3D Systems, said “Now everyone can create a fantasy version of themselves, celebrate a loved one’s achievement or just have fun, with a personalized full color statuette, just by uploading a couple of photographs.” The figurines are 5.5” tall and have a ceramic feel, since they’re printed on ZPrinter 650s. That also means they’re in photorealistic full color. Your figurine would have your face/head on a body that you select, from grooms and chefs to lifeguards and superheroes. Not only can you choose between three heights, you can also specify if you’re thin or heavy, which results in some pretty funny looking mashups. I do have to say that it seems a tad sexist that the males have seven “Job” bodies while the females have a mere three.

I feel fairly confident that these will be used predominantly as wedding toppers. Regardless, they’re finally here. If you’d like a figurine of yourself, all you have to do is upload two photos of your face and head, pick your body type, and pay $64.99.