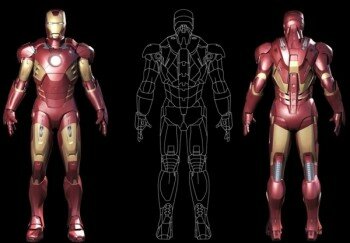 Last year, we reported that the producers of Iron Man 2 were using 3D printing to create the Iron Man suit.  Now, a company out of Shenzhen, China is doing this for the consumer, although apparently not with Marvel’s blessing.  The Chinese company, Iron Man Factory, whose name really tells you all you need to know about them, has set up a crowd funding project they hope will let them mass produce 3D printed Iron Man suits.

With their Iron Man Mark III project, they hope to make the suit with electronic features to allow for things like the faceplate to slide open as it does in the movies, as well as several lighted parts of the suit.  They plan on running the electronic features with AAA batteries and print the suit out of a carbon fiber reinforced polymer material.  When fully assembled, the suit is projected to weigh about 6.6 pounds (3kg).  It will also include 2mm EVA internal cushioned lining and metal joints to make the suit durable under use.  There are limited size options, however, so any suit will only fit customers with a height between 5’6” and 6’1”.

The company that is setting up the project currently produces toys and parts for routers, smartphones, and other devices.  They employ about 40 people, including engineers with more than 15 years experiences in die cast manufacturing. 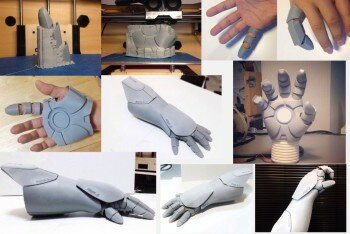 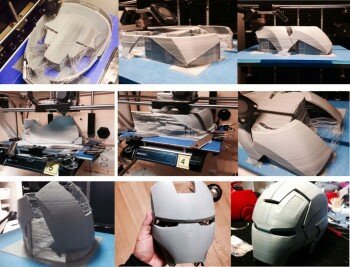 So what will an Iron Man suit run you?  Pre-orders, or rather pledges of orders as part of the crowd funding setup, are set at $1,999 for a full injection molded suit, $1,800 for the helmet itself, or a whopping $35,000 for the entire 3D printed, electronically enhanced suit.  Orders are expected ship between three and eight months from now, depending on the suit you order, and if the project manages to get off the ground.  The company says not to worry, though, no cards will be charged until the suit actually ships.

The project faces more the production hurdles, however.  The suit is in violation of more than 80 copyrights and licensing agreements and you can be sure the movie studios, which includes the copyright monolith Disney, and the comic company itself, will do all it can to keep this unlicensed project from getting off the ground.

While they are breaking a lot of copyrights for companies I like, I have to say it would also be pretty cool to own my own Iron Man suit.