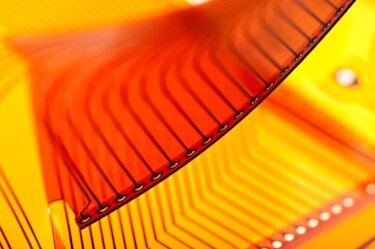 When you watch videos on 3D printing or look at the wondrous galleries of 3D printed objects on sites like Thingiverse.com, you can’t help but eventually think to yourself, wow, imagine what could be printed if they could print electronics too. When that can be done, so many more types of complete, complex products could come out of a 3D printer ready to go.

While were not nearing the point where a 3D printer can print resistors, capacitors, and microprocessors, we are getting very close to being able to print the circuit board on which they reside, and have the printer or an assembler place them right onto this printed substrate.

So says David ten Have, CEO of 3D printing outfit Ponoko, as told in a recent story in Wired. He was speaking in the San Francisco offices of Autodesk, which creates CAD software many engineers use to design 3D printed parts. ten said, “Printing actual circuit boards is very close. Most of the assembly tools are completely automated anyway. I’m guessing 18 to 24 months.

That’s not very far off at all.

The Ponoko CEO says all that is needed to build circuit boards is 1) file standardization; we need a common protocol that becomes the standard, and 2) a substrate material that works well with 3D printers.

San Green, Creative & Content Manager at 3D printer manufacturer Objet weighed in on the Wired piece in his terrific blog (I highly recommend picking up his RSS feed). He sees the benefits clearly as allowing manufacturers to be able to “quickly and efficiently produce different configurations for small batch runs or alternatively, offer many more standard products from a much larger product portfolio than is feasible today.”

Green says that inkjet printing, the technology used in the Objet line of 3D printers, could easily be the enabler of this innovation because of an inkjet’s ability to mix materials into a single 3D printed part, simulating semi-conductive properties on a circuit board. Quoting him again, “it would then be simplicity itself to rapidly manufacture the entire customized circuit-board – both the rigid board itself and the conductive circuitry – in a single integrated, simultaneous step!”

I’m sitting at my kitchen table as I write this article, and am looking around at all the various electronic gadgets that could be entirely or even mostly 3D printed, and furthermore customized to my specs, once the technology moves into printing circuit boards. Almost everything I see looks doable.

And that, in a nutshell, seems to be the motto of those involved in the world of 3D printing: “Almost everything I see looks doable.”