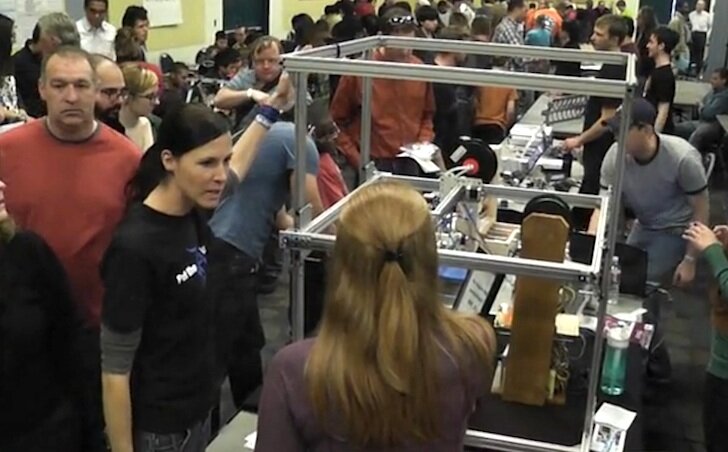 Several 3D printers have been funded on Kickstarter, such as the Printrbot, DeltaMaker, Form 1, and RoBo 3D. They all have their own allure. None of them specifically address size as a selling point, though. Not until the Gigabot from re:3D.

re:3D sees this printer going not only to home users, but also to small businesses, as the large format allows for big, single-piece objects and even small production runs. A couple of Gigabots is essentially a factory. When I saw the Kickstarter campaign last night, its first day, it was halfway funded; this morning over double its funding goal at $81,205 of $40,000 requested. You can secure a kit for $2,500 (sold out). As I write this there remain four fully-assembled Gigabots for $4,000. So if you want one, act fast! (more will probably be added)