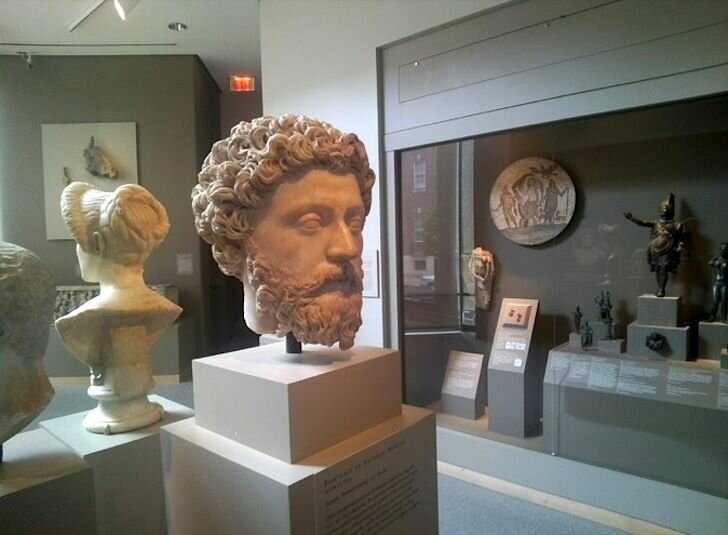 The unsuspecting bust of Marcus Aurelius as it was drive-by scanned by Google Glass wearer Todd Blatt.

It was just yesterday that I wrote a story on Cosmo Wenman, who goes to museums and snaps photos of sculptures that he turns into 3D models, so that he and anyone else can print their own copy of these ancient works. In the article I commented, “‘No photography zones’ will eventually become the entire museum. But try as anyone might, technology won’t be stopped. While Google Glass will likely be banned, miniaturized, hidden cameras will get through, and art will be freed.”

Well, if any museums happen to be reading Shapeways’ blog today, you might find some that will start that Google Glass ban sooner than later.

Shapeways blogger Duann Scott reports today that a maker by the name of Todd Blatt has successfully used Google Glass to scan a piece at the Walters Art Museum in Baltimore, Maryland. Blatt simply walked around the Marcus Aurelius bust and commanded Glass 30 times to take a photo. We don’t know if others were nearby listening as he repeated “okay glass, take a picture,” wondering what might be wrong with the guy. (Note to other Glass users: there’s an app that lets you wink to take a photo now, so you can go into complete spy mode.)

Once he had taken all the photos, he used Autodesk 123D Catch to convert the images into a 3D model, and then cleaned up with Meshmixer. You can see the model in the photos below. 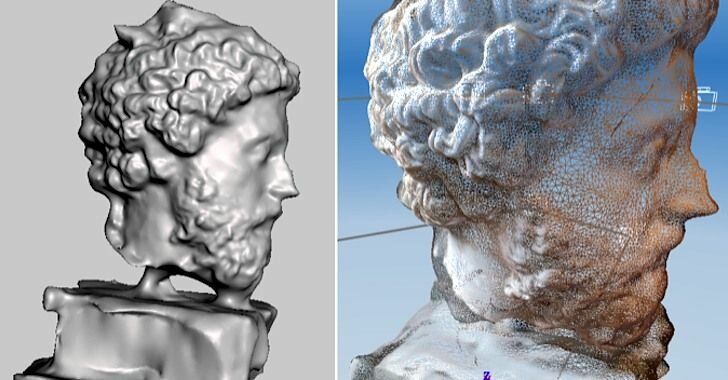 It’s going to be very interesting, indeed, to see how the museums react to the idea of exact replicas of sculptures and artifacts they are showing being available to everyone on the internet and printable by everyone with a 3D printer or access to a 3D printing service. I know that several museums are welcoming this process, but my gut feel is it’s not going to go over very well with most, despite the fact that copyrights on art are only valid for the life of the artist plus 75 years.