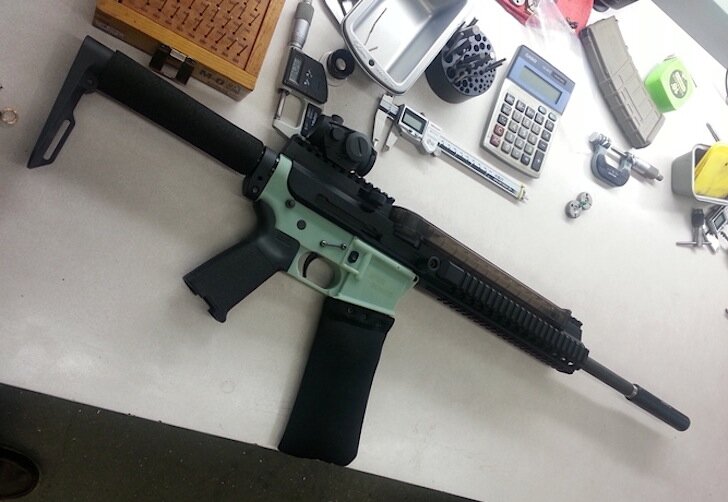 If you’re into 3D printing and/or guns, you’re probably familiar with Cody Wilson’s Defense Distributed, the aptly named Wiki Weapon Project organized to explore, create, and freely distribute information regarding the 3D printing of firearms. First Wilson’s Indiegogo account was closed for “violating” the terms of service, so funding was then raised privately, then Stratasys canceled their lease of a uPrint SE because he, according to Statasys Legal Counsel, “made it clear that you do not have a federal firearms manufacturers license. It is the policy of Stratasys not to knowingly allow its printers to be used for illegal purposes.” Most recently the bottom receiver for an AR-15 was tested, with some success. You can guess where this is headed: legislation.

The New York Democratic Representative Steve Israel has called to renew the ban of plastic firearms. His website says, “Right now, plastic guns are illegal under the Undetectable Firearms Act, but this law is set to expire next year.” Though there’s not yet been a gun printed — only parts — apparently banning them before they exist is the responsible thing to do. Let’s be clear here: building your own firearms for your own use is not illegal; building them for sale without a license is. Defense Distributed has no plans to sell their research or what they make. The ban on plastic firearms is related to the rational thought that plastic guns can’t be detected by metal detectors. The rational thinking ends however at the quiet assumption that gun-related violence occurs beyond metal detectors. If you watch any news at all you ought to notice that most shootings occur in places where it’s easy to take a gun. At this point it isn’t metal detectors that keep guns out of airports and courtrooms; it’s mostly personnel. Someone brazen enough to try slipping a plastic gun through a metal detector must do so with full knowledge that he/she may randomly be frisked and that the detector may actually be a full-body x-ray scanner which could easily see plastic.

With Representative Israel’s opinion comes no method of enforcement, or exactly what would be enforced. When something is being banned, clarity is of utmost importance. Is it whole plastic firearms? What’s a firearm? Must fire be involved or simply a projectile? Does the projectile’s velocity factor in? Is a pocketsize crossbow a firearm? If safety is the true issue then the ban would have to be very broad, but as that breadth increases, our freedoms seem to decrease. If the goal is to make printing anything that could kill illegal, well there won’t be much left.

I’ve covered before the possibility that 3D print manufacturers may feel the same pressure that 2D printer companies did to make their printers impart hidden watermarks on every print, and how a similar technology could physically limit what your 3D printer would print. If the media drums up too much a negative portrayal of 3D printing as it relates to crime, our politicians may feel inclined to push unnecessary regulation on the 3D giants. I’m not against regulating firearms, but bans can make things worse too by forcing underground markets to develop, and I see this recent call to renew the ban as being more an unintentional threat to the innovation of 3D printing by preemptively banning currently unclear and not-present dangers. Should our legislators be aware of the situation and actively discussing it? Certainly. But banning something in the future seems a tad hasty.

Cameron, Senior Staff Writer, is a technology enthusiast that can better write about 3D printing than he can ride a bike. His interest in 3D printing is mostly driven by his desire to become a cyborg. He enjoys philosophical conversation and is also fond of poetry and Star Trek. Connect with him on Google+. View all posts by Cameron Naramore »
« Shapeways: the Amazon of 3D printing (Forbes Interview)
Sculpteo raises $2.5 million from investors »