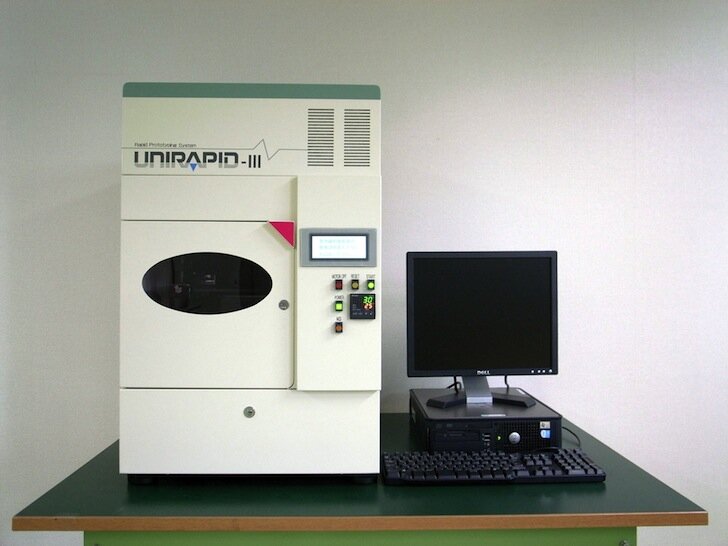 Fused deposition modeling (FDM), the technology that most personal 3D printers use, can output some pretty high quality pieces, with minimum layer thickness getting below 0.1mm (100 microns). Commercial printers like those from Stratasys/Objet that use PolyJet technology can achieve a layer thickness of 0.016mm. Now a Japanese company is getting in on the high-res action.

Unirapid, a company in Misato City, Japan, manufactures stereolithography machines, and the latest, called Yunirapitto Ⅲ (Unirapid III), is, in a word, awesome. The most astonishing feature is its minimum layer resolution of 0.05mm! That’s 50 microns! Using a solid-state 355nm laser, it can also do walls as thin as 0.1mm, and the build volume is an impressive 150mm x 150mm x 150mm. While this is still a few steps away from true microprinting, it’s pretty close, and it’s the best I’ve seen from a printer that can fit on a desk. 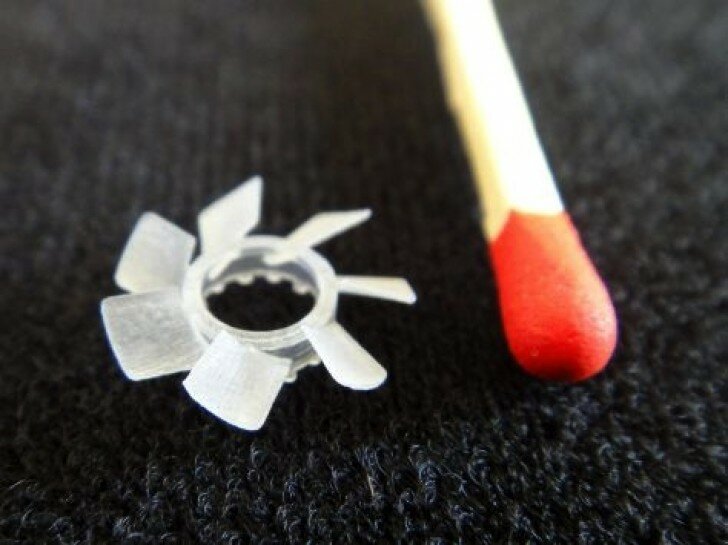 The microchannel in that square disk above is a mere 0.5mm wide, meaning objects can move air and liquids while still being watertight. And that is the cutest fan ever. Knowing Japan, this machine is just the beginning. So America, get to competing.