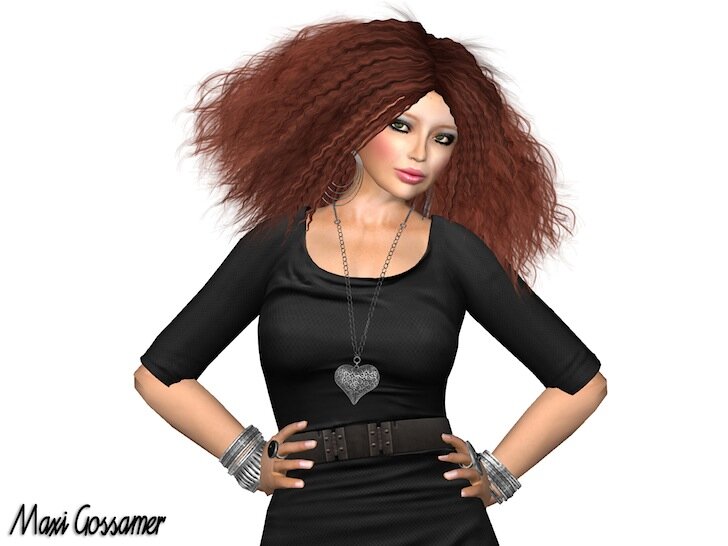 Our world is becoming a digital one. In 1994 only 3% of the world’s data was stored digitally, and in 2007 it was up to 94%; we’ll have created an estimated 2.7 zettabytes (21 zeros) of digital data up to and including 2012, and that number is expected to be doubling every year by some and predicted to grow much more quickly than that by others (I’m putting my money on these guys). Lately there’s been a dramatic shift in what we store — many more videos, songs, and games, which take more space and bandwidth to store and interact with than does all that ridiculous chainmail we’ve been saving from the 90s. Games are an interesting new server hog because some of the largest and fastest virtual clouds have been developed for and dedicated to very large game worlds, or in some cases, like EVE Online, an entire galaxy with over 7,500 accessible solar systems; at any given point there are usually over 50,000 players all piloting spaceships together in one server.

Another game called Second Life also lets everyone play together, but there’s an emphasis on player creativity intertwined into the social aspects of the game. The game includes a 3D modeling engine and a trading system that exchanges the in-game Linden dollar for several real-world currencies, including the American dollar, and the in-game economy’s GDP is approaching that of the US’s. Players own the rights to everything that they create, so setting up a virtual business to sell virtual creations is common. An SL (Second Life) player that goes by Maxi Gossamer had the bright idea to take her creations out of the game by modifying them to be 3D printed.

Maxi sells ornate jewelry that she designs in-game at her virtual store in SL, but now her customers can order physical versions of her wares too. She uses Shapeways to have her pieces printed in sterling silver and stainless steel, and the prices are lower than I’d expect. Her Marrakech Heart pendant goes for around $125 in silver, and this is no gumball machine trinket. For around $15 you can get her Ottoman Heart Ring in steel. That’s hand-modeled 3D printed jewelry from a virtual world for supermarket prices. Maxi used Light Wave 3D and ZBrush to convert her game models into printable models, demonstrating both her flexibility with modeling and the power of modern modeling software. 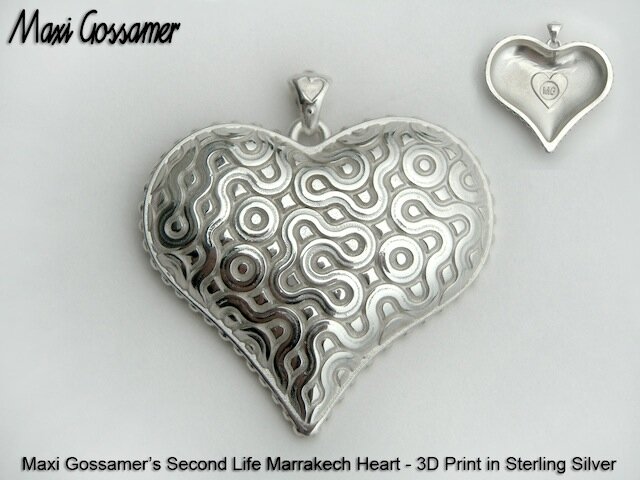 Shapeways is not only getting business from the physical world, but now from virtual simulations. Traffic is traffic. For Maxi, her hybrid business incurs almost no overhead expenses since Shapeways doesn’t directly charge to have a store through its website and all of her pieces are printed-to-order; her customers were already patrons in SL so she doesn’t have to spend on advertising. That’s an attractive business model, and with the rise in virtual space occurring so rapidly, I think we’ll start to see more of these stores popping up on virtual corners everywhere.

Cameron, Senior Staff Writer, is a technology enthusiast that can better write about 3D printing than he can ride a bike. His interest in 3D printing is mostly driven by his desire to become a cyborg. He enjoys philosophical conversation and is also fond of poetry and Star Trek. Connect with him on Google+. View all posts by Cameron Naramore »
« A Tinkercad spectacle — 3D printed eyeglasses
Thingiverse Thing of the Week: Stirling engine »

One Response to “Jewelry from another world on Shapeways”