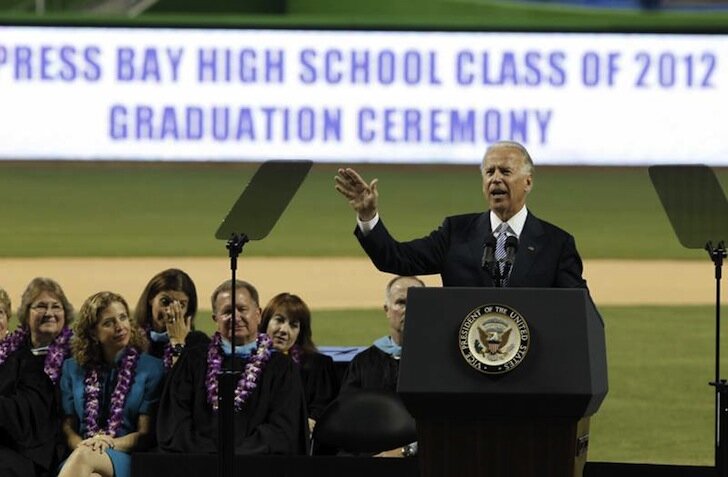 Vice President Joe Biden gave the commencent address at the Cypress Bay High School in Florida, and asked the graduating seniors to imagine what the world could be like in the near future. They should imagine a world where hunger no longer exists because crops grow without the need of soil, water or fertilizer, a world where solar shingles on the roofs of their homes cost no more than standard shingles today, electric charging stations everywhere, an end to nuclear weapons…

But the part that interests us is what he said about 3D printing, in regard to medical innovations. We’ve quoted that part with the surrounding parts of the speech:

“Imagine a day, when in your, doctors are able to regenerate entire body parts and limbs that have been damaged and lost, not only saving tens of thousands of lives, but restoring the thousands of our Iraq and Afghan veterans coming back in need of prostheses, so they will be able to live a full and ambulatory life.”

“As an aside, in the future, just one example, using 3D printers, we’re going to be able to restore tissue after traumatic injury or burn; restore it back to its original state. It’s literally around the corner.

“Imagine a world in which hunger is vanquished by crops that don’t depend on the soil, water or fertilizer, or pesticides to thrive; they’re just around the corner,” he said.

Recognition of the revolution that is 3D printing is popping up everywhere.

Mark is the founder of 3DPrinter.net. He encourages anyone reading this to submit their own article for publication. Connect with him on his Google+ account. View all posts by Mark Fleming »
« 3D Systems’ Cube debuts on Bloomberg’s Street Smart show
3D printing assists in Belgium’s first full-face transplant »