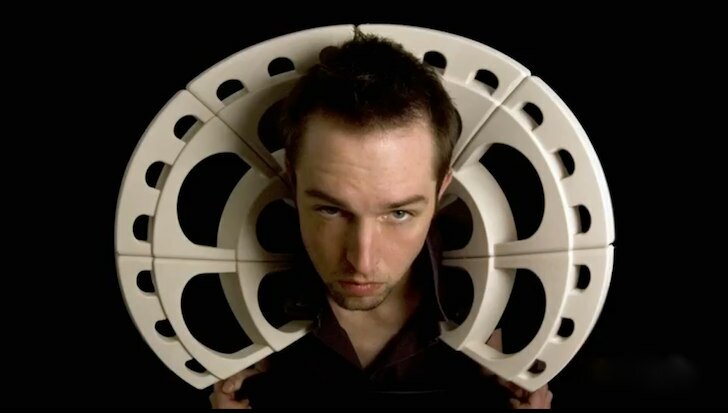 Currently running through February 3, 2013 at the Renwick Gallery in Washington, D.C., is an art exhibit called “40 under 40: Craft Futures.” This show features forty artists who were born since 1972, which is the year the Smithsonian American Art Museum’s contemporary craft and decorative arts program was established at the Renwick branch.

The exhibition “investigates evolving notions of craft within traditional media such as ceramics and metalwork, as well as in fields as varied as sculpture, industrial design, installation art, fashion design, sustainable manufacturing, and mathematics.” The artists were chosen because they are “united by philosophies for living differently in modern society with an emphasis on sustainability, a return to valuing the hand-made and what it means to live in a state of persistent conflict and unease.”

One of the artists is Joshua DeMonte, and he was highlighted in a Smithsonian Channel video called “40 Under 40 : The Art of 3D Printing,” because of how he creates art with his Makerbot 3D printer. The artist’s roots were in traditional jewelry making. But then he had to take a computer class, which introduced him to CAD. He started out creating buildings, and then realized that if you poked a hole in one, you had a bracelet. And that’s how his career as a 3D printing artist started.

In the video, we hear from both Joshua and the Renwick Gallery curator Nicholas Bell. Joshua gives us a quick rundown on what he does, but what I really found interesting was Bell’s answer to his own big question of whether or not this is really art. Obviously he thinks so, otherwise the artist would not have been included in the exhibit, but it’s instructive to follow along the curator’s reasoning:

“Joshua is designing these things in 3D software and then feeding those plans directly to the printer. So in one sense, his hands aren’t directly involved in the production of the piece, the printer is making the entire thing. But obviously you have to have a certain level of skill, and of knowledge, to design something in that way, to conceive of its problems and to work it out. Isn’t that craft?”

Yes, that is craft. The craft of the future. Art of the brain, not of the hands.