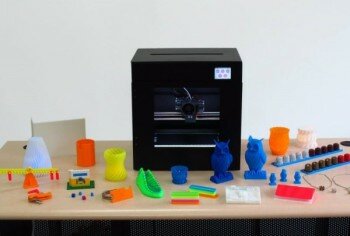 A new 3D printer is about to enter the world of 3D printing.

Singapore-based company Amaker3D announced on Friday that they are launching a Kickstarter campaign for their new 3D printer, Amaker.

The new 3D printer features a slick design, and an aluminum body. It is equipped with next generation controller boards and dual ARM 32-bit processors. It offers a build volume of 23 x 14 x 17.5 cm, and up to 20 microns layer resolution.

To ensure optimal 3D printing performance, the Amaker3D has been put through three months of vigorous stress testing. “Hot end has been tested to function at a high temperature up to 315°C,” says Siew Hong Goh, co-founder of Amaker3D. “These testing results showed that we have a robust 3D printing solution.”

In short, the Amaker3D was designed with users’ experience in mind, the LCD touch screen allows for ease of control, and the full color changeability empowers users to create the designs they are looking for.

Amaker3D was inspired by the open source community, and has decided to open source their latest design.

The Kickstarter campaign will begin April 15.