Similar to a UPS program set up in the US recently, the French mail service La Poste is set to begin a trial 3D printing service.  This morning the CEO and Director General of La Poste Phillppe Bajou announced the program saying that the test would be happening in three of their offices:

The test is set to go for six months during which administrators at La Poste will look at both how the program is received by the public and the amount of use the 3D printers get.

The postal service has partnered with the French 3D printing company Sculptero to offer 2 levels of service.  The first is for the individual consumer who will be able to order small 3D printed items from a catalog.  La Poste lists some of the items in the catalog as being jewelry and smartphone cases.  They can then customize the item.  Consumers also have the option of bringing in their own 3D files.

The second level of service will be for more complex 3D printing and is targeted for professionals and companies.  They will be able to print parts, prototypes, and 3D models that usually require an additional dedicated level of support. 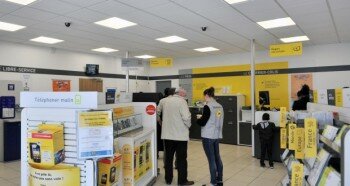 According to Director Bajo:

“the aim is to offer customers access to 3D printing and show them what 3D printing is.  A lot of customers have heard of it but may not know what it is.”

Two postal workers will be trained at each location to use the printer and will be available to help customers.

While the professional level of service will run through a quote system in order to properly price the print job, the consumer level catalog already has some pricing available.  An example used in today’s press release lists a custom printed smartphone cover as going for 30 euros.

As of now this is all still a plan.  No dates have been set for the start of the six month program, although La Poste was advertising for new staff to run 3D printing equipment back in the middle of October.  If successful the program is expected to expand to cover a wider range of La Poste locations.