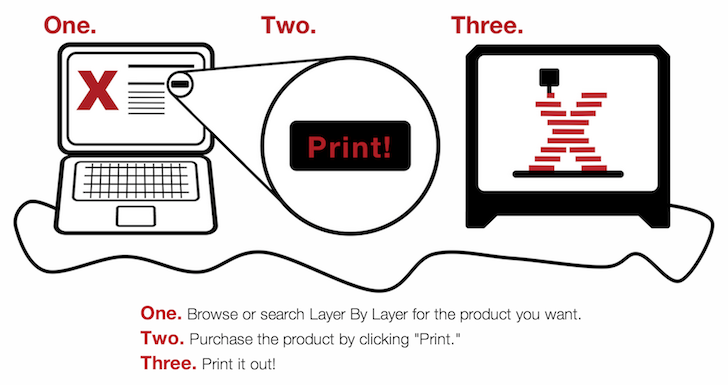 The 3D file repository Thingiverse has done wonders for 3D printing. Many people that buy 3D printers are not adept 3D modelers, but they can still print thousands of fun and useful things off of Thingiverse. There’s still some work to be done before printing though, mainly slicing. It’s not difficult; it’s just setting some parameters, but it is another step that presents more room for error.

To simplify the printing of another’s piece, Teleport It 3D was created. Instead of downloading files, users share “prints” that are pre-sliced on a server. But the system isn’t just about simplification, it’s also about protection. When someone downloads an .stl, they can modify it and print it as many times as they like. With a “print,” however, g-code is sent directly to the printer so the file creator’s work is preserved as is. The developers of Teleport It, Max Friefeld, Oliver Ortlieb, and Jonathan Schwartz, wanted the system to allow makers and designers to sell their work without losing control of it, so they made a marketplace called Layer By Layer. It’s currently in beta and the library still needs to grow, but there are already some nice prints available. Some are free, but most cost a few dollars. Because the designers are selling prints and not files, they can offer them for less. 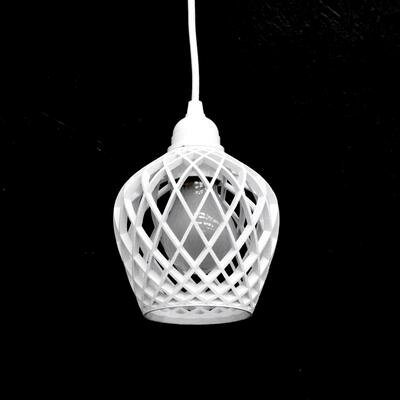 The Dentelle Vortex Lampshade is $9.99 per print.

The system is designed to protect both designers and users. As such, all prints are covered by a Printability Guarantee, so that if for whatever reason a print doesn’t complete, then another “print” will be allowed until it is completed. And each print includes estimated print time and material usage. By optimizing files for printing, the marketplace becomes very streamlined.

However, there are some drawbacks. The biggest issue is that prints have to be optimized for specific printers. So right now Layer By Layer only works with MakerBots, though more printers will be added. That will take time. And if you have a self-assembled RepRap, the system may never be compatible with your printer. Another issue is that the protection system is likely only temporarily secure. While currently there are no gcode-to-CAD file converters (to my knowledge), there probably will be soon. There hasn’t been a reason to develop such a converter until now, and necessity is the mother of invention. The Layer By Layer team is going to have to come up with a more secure solution long term.

Regardless of those issues, the system has promise. As long as more printers are added in a timely fashion, I think the site will be fairly successful. If you already have designs on Shapeways, you might want to consider using Layer By Layer as well.