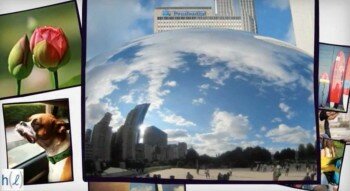 Introducing the LazeeEye: an add-on that turns your camera phone into a 3D camera.

Using a laser illuminator hardware add-on and a stereo vision processing app, the LazeeEye allows your existing camera phone to see in 3D. Basically, with LazeeEye, the camera will take a picture by looking at the scene from different angles and dimensional depths instead of just one point of view.

The 3D images will make it possible to do a range of unique editing techniques; such as replacing the background, changing the angle, lighting, removing photo bombers, and a range of other edits that might not otherwise be possible with many 2D pictures. LazeeEye can even capture models of objects or people –which would come in handy for 3D printing or CAD modeling.

“The app will provide export to several open data formats, such as STL and PLY, that can be imported into your 3D printing application,” states LazzeeEye’s Kickstarter page.

LazeeEye is currently on Kickstarter hoping to raise $250,000 to support the work needed to develop and improve the hardware and design. Head over to the LazeeEye Kickstarter page to learn more, or to pledge your support.