Through an accidental meeting about a year ago, I came to be one of the Cube 3D Printer’s biggest fans because my experience clearly demonstrated that the desktop machine was designed especially for mainstream markets.  The Indestructible Cube 3D Printer went on a road trip with me and after spending nights in 20 degree weather, bouncing over pot holes in New York City and Boston, printing outdoors in wind and rain, and being jostled by excited kids at a FabLab event, it performed like a champ.  I’ve been driving it around ever since to do workshops about 3D Printing.  I love my Cube and I wondered how the  Cube® 3 could be any better.  Well, I just saw one running at the Inside 3D Printing show in New York, and 3D Systems has added some major advances that bring Desktop 3D Printing even closer to the ease-of-use requirements for mainstream markets. 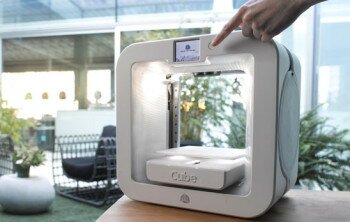 Although the Cube is more user-friendly than any other 3D Printer on the market, it is still an extrusion-based system.  All nozzles used for extrusion clog.  No matter what the brand of printer, this is a reality of extrusion.  3D Systems has helped this bottleneck with a clever design solution – a nozzle built right into the material cartridge.  Each time you change the material cartridge, you change the nozzle.  So you start printing with a fresh, clean nozzle each and every time.   As the British would say, “Brilliant”!  And the cartridge price is still $49 each. 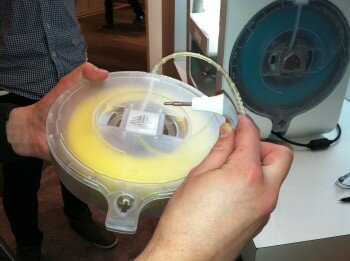 In addition, the ABS or PLA filament is now in a moisture-lock container to ensure better shelf-life and lessen environmental effects like humidity and heat flucuations during printing.  If the old cartridge system was easy to install, this is truly Plug & Play!  Makers and Hackers often comment to me that it is easy to install spool filament, so the added expense of the cartridge system is not necessary.  That may be true for us who work in technology, but to “cross the Chasm” to mainstream consumers, changing material needs to be as easy or easier than changing ink in an injet printer.  As hard as it is for us to believe, most consumers are not fascinated with the idea of having to play with technology to make it work, and would rather spend their time actually 3D Printing things.  The Cube® 3 gives everyone from kindergarteners to seniors just that!  And when consumers spend time making things, 3D Printing will really take off.

The new Cube® 3 is also a step up from other desktop printers as it comes with dual print heads as standard with the base machine, giving the option of cool, 2-color prints.  To get more than 2 colors, one need only pause the printer and change the cartridge to one of the 23 colors now available.

Auto-leveling is another feature that makes the Cube® 3 even more user-friendly.  Sensors in the print area actually will re-align the print pad on-the-fly as needed.  The build area is slightly larger than the older Cube models at about 6″ on a side.  3D Systems has measured the print speed at about twice that of standard desktop machines and there is also now a higher resolution mode available giving a 70 micron layer thickness. 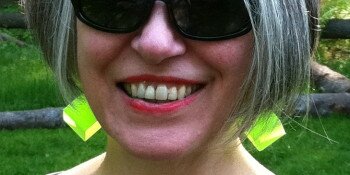 Best of all, the Cube® 3 has dipped below that magic $1,000 price threshold which is sure to bring in new users from the consumer market to drive the entire industry!