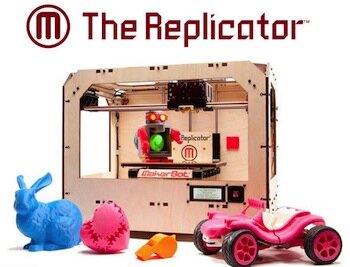 If you haven’t heard yet, there’s quite a row going on over a new Kickstarter project. It’s put up by a Matt Strong, and his project is titled, “The TangiBot 3D Printer – the affordable Makerbot Replicator.” It’s set off a firestorm of controversy, and most people seem to be lined up against what Strong is doing, which is overtly and admittedly planning on copying the Makerbot Replicator and then selling a clone.

But let’s step back for a moment, and look at Kickstarter, the premiere crowdfunding platform. What the hell are they doing letting this project on their site? I think they screwed up big time. And I’m a huge fan of Kickstarter, having featured numerous projects of theirs on these pages. The project seems to violate their mission statement. Here’s the first sentence in Kickstarter’s “What is Kickstarter” FAQ page:

Kickstarter is a funding platform for creative projects — everything from traditional forms of art (like theater and music) to contemporary forms (like design and games).

And that we’ve seen with just about every Kickstarter project. But, please Kickstarter, tell me, what exactly is creative about this project? What is innovative about copying? I know Kickstarter has plenty of rules one must follow, and they take a pass on a lot of projects, so why was this one let through?

Kickstarter is going to get a bad name from this. In my opinion, I thin they should admit their mistake, and do the right thing and close down the project immediately. 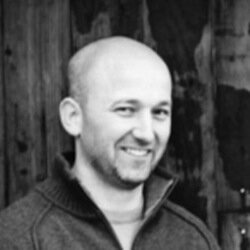 Those of you who are willing to hurt Makerbot, a company whose name is nearly synonymous with 3D printing, just to save a few hundred dollars: shame on you. And good luck to you as well: I certainly would not want to trust my money with someone who is willing to blatantly copy such a revered product. But that’s just me, call me old-fashioned.

I will not provide the link to the Kickstarter project, it doesn’t deserve the link. Instead, I’m going to make a link here to Makerbot, with the anchor text of “Makerbot Replicator clone.” Those of you who know a little SEO, understand that if enough of us do this, searches for Makerbot Replicator Clone will help put the real Makerbot page at the top of the search results page if someone searches for the clone. We can drive that search traffic directly to Makerbot instead of where it’s going now–the Kickstarter project page. Would any other websites out there like to do the same? Links from social media pages work as well.

As for the legalities of the project and ethics of Matt Strong, take a listen to this video from EEVblog:

To summarize his points: