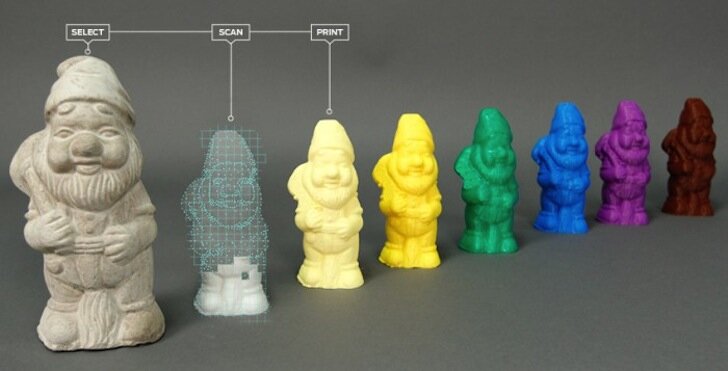 In almost all circumstances, in order to 3D print something, you first have to have a digital 3D file. Currently there are four ways to get such a file: model it yourself, commission someone to model it, download it from a repository like Thingiverse, or 3D scan it. There’s also the using of customization apps to create unique 3D objects, of which Cubify, Thingiverse, and Shapeways all offer now. If you want to accurately recreate a physical object that you have though, there’s really only one option, and that’s 3D scanning. Historically it’s been very expensive, both as a service and in purchasing the hardware, which typically runs in the tens of thousands of dollars. The DIY 3D scanning front is coming along [https://3dprinter.net/cheap-diy-3d-scanning-or-not], albeit slowly. Clearly though, there’s about to be a major shift in consumer-level 3D scanning. At the South by Southwest (SXSW) Interactive Festival held in Austin, Texas yesterday (March 8th), the Kickstarter funded Lynx A was being demonstrated; this wireless, handheld scanner is expected to retail for between $2,000 and $3,000. However, the Lynx wasn’t the only consumer oriented 3D scanner on display at SXSW; Bre Pettis, CEO of the personal 3D printing giant MakerBot, was also there showing off a prototype of the MakerBot Digitizer. 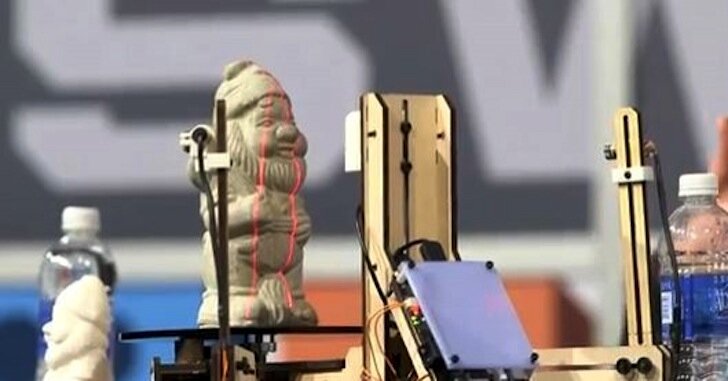 While the Lynx will be more full-featured, providing object scanning, scene scanning, and 3D motion capture, the Digitizer is approaching just the simplification of small object scanning. Offering a truly click-and-scan style of operation, the Digitizer will take all the guesswork out of scanning figurines, jewelry, and housewares. Using lasers, cameras, and a lazy susan, creating a watertight, printable object can take as little as three minutes with the Digitizer! That’s some serious appeal.

Pettis remarked that “It’s a natural progression for us to create a product that makes 3D printing even easier… with the MakerBot Digitizer Desktop 3D Scanner, now everyone will be able to scan a physical item, digitize it, and print it in 3D – with little or no design experience.” I can definitely see these sitting on desks right beside 3D printers. What will you scan?