As I reported earlier, last year’s Inside 3D Printing Conference & Expo in New York City was a wealth of cool, inspiring, fun examples of 3D Printing across a wide range of industries and research groups.  This year’s show, going on yesterday and today at the Javits Center, again shows the diversity of 3D Printing.  But we’re also seeing more depth on the topic from both presenters and exhibitors.

Striking has been the technical spec improvements in printers.  MCor has substantially sped up their paper-based machines and 3D Systems has a wide range a new machines that expand the options in materials, equipment and user experience.  But we’re also seeing innovators who are adding tools that expand the capabiltiies of 3D Printers.  BuildTak, for example, is answering the problems Fused Deposition Modeling printers have with prints sticking adequately to the print platform but still being able to be  removed cleanly and easily. 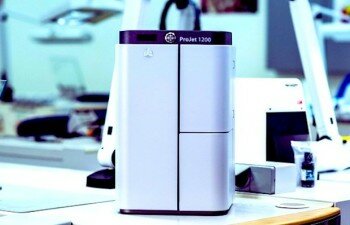 Bringing more depth to 3D Printing materials was technology giant Xerox, who provide custom research & development through production scale up of synthetic organic chemistries.  Originally the R&D Center developed materials for Xerox, but services can now be contracted for by any industry.  3D Printing companies such as 3D Systems and Optomec have used Xerox services.  Rebecca McKechnie, Director of Business Development, notes that the big company brand name benefits small, start up, companies.  “Customers who use Xerox for functional testing & validation of materials can better ensure their customers of quality and reliability.  Also, because we are not an institute or university, we understand the demands of commercial companies especially in the technology space.”  Because materials change as they go from traditoinal processes to 3D Printing, these types of services are key to Additive Manufacturing moving to  Mainstream markets.

Just recently Microsoft has announced a Model Repair Service operating in the Cloud.  It’s based on software from netfabb that automatically repairs the many common errors in 3D model files such as STL, OBJ and 3MF.  The service eliminates the need for a designer to manually fix a design in order to properly 3D print.  There is a free version for non-commercial use, as well as a pro version that will easily pay for itself if it does reduce the time and costs to producequality prints for customers.

Inside 3D Printing Conference Chair, Hod Lipson, Ph.D. from Cornell University’s Creative Machines Lab is now Editor-in-Chief of the new journal 3D Printing and Additive Manufacturing.  I think this may be the first peer review periodical in the field of Additive Manufacturing and it promises to be quality over hype since the Editorial Advisory Board is a stellar list of professionals from universities, institutes, and commercial entities. 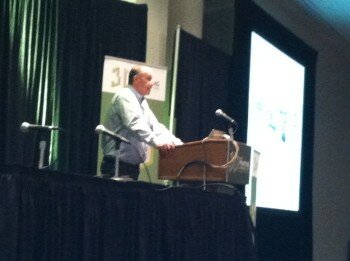 In the next few days I’ll write dedicated blog posts on Terry Wohlers solid market-research based predictions on the future of 3DPrinting, AutoDesk CEO’s Carl Bass keynote on the integration of 3D Printing with other Digital Fabrication tools, and reviews of the new 3D Systems Cube3 and other new 3D Printers.  Watch this space for the latest updates from Inside 3D Printing in New York City and check out our live tweets from @FabLabHub using hashtag #3DPrintConf.