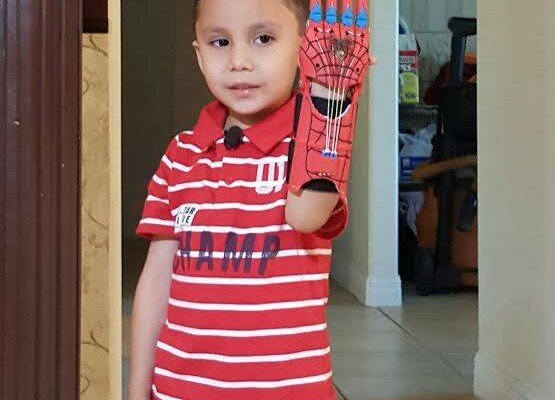 Peter Graven teaches 8th grade at a school in Wisconsin. He also had an idea. He wanted his students to use their new 3D printing printer to do something great.

So, with a lot of determination and donors to help purchase more 3D printers, Graven and his middle schoolers decided to team up with e-Nable and work to create a real, working prosthetic hand that could be used by a child in need.

Graven said it all began with a desire to introduce 3D printing to his students in a meaningful way. 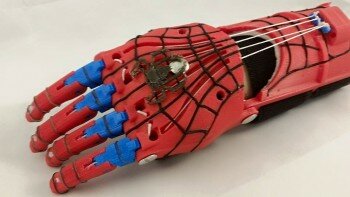 “I was trying to picture how to incorporate a single 3D printer into my science classes,” Graven explained.

After some research, he came across e-Nable and the “Hand Project” was born.

Although plenty of kids wanted to help out and he managed to get two more 3D printers for the kids to use, Graven said that the students nearly ran out of time at the end of the year, making it uncertain if the project would actually get done.

“You’d think that this would be enough time to design, print, and assemble a hand device – up until now, not a chance,” he explained. “The 8th grade students working on this project were giving up part of their lunch hour to working on this project. 10-12 minutes a day doesn’t get you very far. The process is completely done by the students. I am in the middle of it, some days emailing out the ideas if time runs out or making sure the printing is being completed in case a piece fails and needs to be reprinted.”

With the help of a man named Jonathan who helped model the student’s designs, however, the kids decided on a Spiderman-themed design and managed to pull off the special hand just in the nick of time. 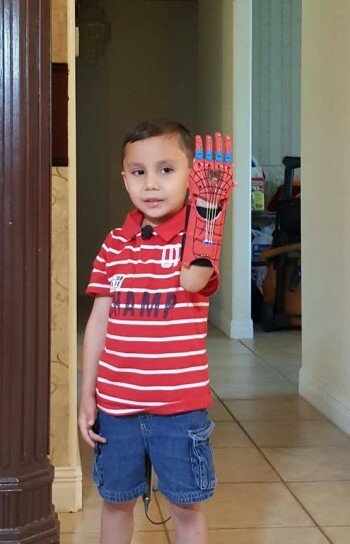 The hand recipient, a five-year-old boy named Dante was thrilled with the efforts of Mr. Graven’s students, who gave up their lunch time to help learn 3D printing and do some good.