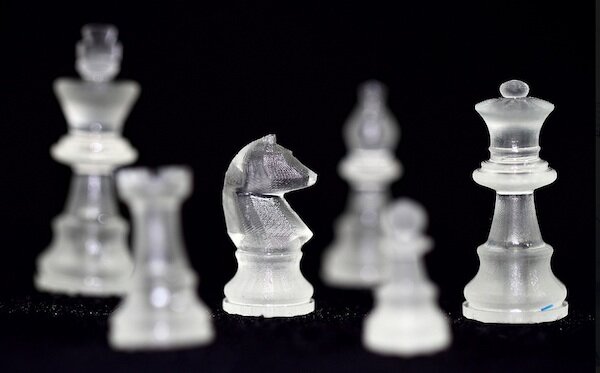 Resin-based 3D printers are trying hard to find their way on to the home hobbyist’s workbench. Just a couple weeks ago we highlighted the Veloso 3D printer, raising money on Indiegogo, the crowdsourcing website. Now we have a new entrant in the home SLA market, Miicraft, aiming at an even lower price point than the Veloso.

Typical hobbyist 3D printers use FDM-style technology, where the object is produced by extruding small beads of melted thermoplastic material to form layers as the material hardens immediately after it leaves the extrusion nozzle. But MiiCraft and Veloso are based upon Stereolithography (SLA), which produces a significant;y higher resolution print. An SLA 3D printer concentrates a beam of light onto the surface of a vat filled with liquid photocurable photopolymer (resin). The light beam “draws out” the 3D model one thin layer at a time, hardening that “slice” of the eventual 3D model as the light hits the resin. SLA 3D printers have been around for a long time, the technology pioneered by 3D Systems, but the pricing has been too high for home/hobbyist use.

According to a blog post on Ponoko, MiiCraft are actually a group of enthusiasts working together to create this new high resolution 3D printer. They’re goal is to sell the 3D printer for US $2000, in the form of an evaluation kitset by June. By contrast, the Veloso 3D printer comes with a price tag of $4,000 for the full kit, which comes with a specially created 3D modeling program Junior Veloso has written. Importantly, the Veloso will only be mass-produced if his funding goal of $300,000 is reached by May 31 (he’s over 25% of the way there as of today).

Unfortunately, the MiiCraft website has very little in the way of information on their 3D printer. It mostly consists of just a few images and videos. There’s also not even a contact link. So it looks like anyone interested will have to just wait for more details. But we’ll include the videos from the site below.

The MiiCraft 3D Printer in action

Talk about a nice Z-axis

Mark is the founder of 3DPrinter.net. He encourages anyone reading this to submit their own article for publication. Connect with him on his Google+ account. View all posts by Mark Fleming »
« 3D Systems Acquires My Robot Nation, will Integrate with Cubify
Cube 3D printers now available for pre-order! »