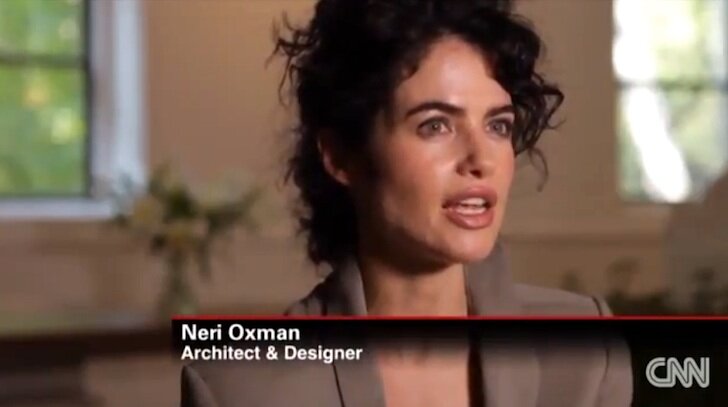 “In the future we will print 3D bone tissue, grow living breathing chairs and construct buildings by hatching swarms of tiny robots. The future is closer than we think; in fact, versions of it are already present in our midst.”

We are considering the next generation of printers no longer just 3D, but 4D – in other words, in the future we will be able to print objects that will respond to their users, adapt to their environment and even grow over time after they have been printed.

Those are quotes from Neri Oxman, designer, architect and founder of the Mediated Matter group at MIT’s Media Lab. And when Ms. Oxman speaks, you should listen. We’ve highlighted aspects of her work here several times before, and she’s brilliant.

CNN has taken notice of her work too, and they have put together a full profile of her to be aired on their television network this Sunday at 2 PM, EST. They’ve also just published a special report for their website, which includes the interesting video we’ve embedded on this page and a self-written piece on her five tenants of a new architecture. Yes, it’s 3D printed.

I started writing up Oxman’s ideas, as told in the CNN article. But, it just isn’t something one can summarize. It’s too deep, too conceptual. I’d ask you to watch the video on this page, and if you are captivated by what you hear, click over to the CNN article and read that. And then set your DVR to record the show on CCN Sunday.