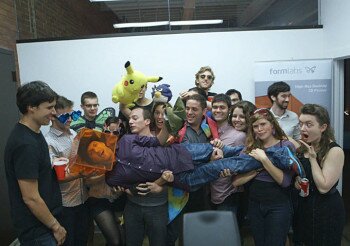 Netflix has just announced that they have acquired the exclusive rights to award-winning documentary “Print the Legend,” a film that takes a look at the rise of the American 3D printing industry.

The film goes behind the scenes and follows the stories of top American brands, people, and companies as they fight for a top place in the developing world of 3D printing.

Luis Lopez and Clay Tweel, the creators behind the documentary, have won this year’s SXSW special jury recognition for documentary features award.

“It’s so rare for a film to capture history in the making, and Luis Lopez and Clay Tweel have done just that in their skillful presentation of the elation and betrayals experienced by young entrepreneurs detailing the groundbreaking technology of 3D printing,” Lisa Nishimura, Netflix vice president of original documentary and comedy, said in a statement.

The film takes a closer look at the 3D printing technology that has seemingly exploded over the past few years; having gone from printing piles of plastic, metals, and other materials into viable products and even human organs. The film brings its viewers through the ups and downs of the development and focuses on starts ups like MakerBot and Formlabs and their competitions with bigger companies such as Stratasys and 3D Systems.

The fact that Netflix has gained the exclusive rights comes as no surprise. Just last year, Netflix CEO Reed Hastings mentioned one of his goals for the company was to “double down on original content.” While this isn’t the first documentary exclusive to Netflix, it certainly is among the first to document the trials and triumphs of 3D printing, and the amazing developments that have taken it to the place that it is today.

The documentary will be available to all Netflix subscribers and will premiere on the streaming service in 2014.