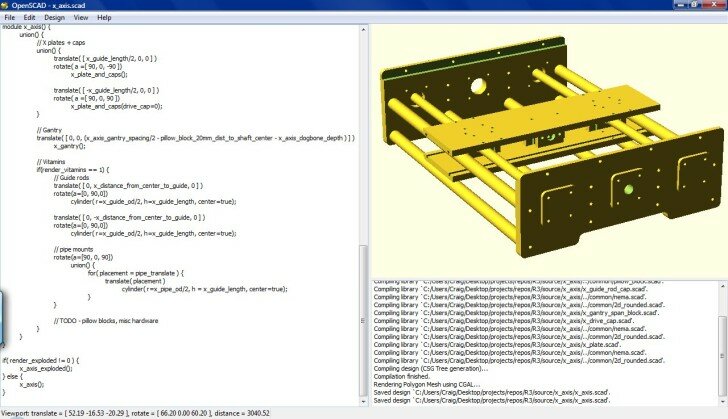 OpenSCAD is a 3D modeling software that caters to users who are looking for an accurate modeling platform with advanced CAD features. Built with the engineer, rather than the artist, in mind, OpenSCAD is ideal for those who are looking to work on the specifics.

OpenSCAD relies on script files and configurable parameters to give designers complete control over the design process, but without the option of an interactive modeling. New creations and changes to the design are made with numbers instead of free forming and visual editing which, as an end product, means measurable results.

Users can choose to model objects using constructive solid geometry or through the extrusion of 2D outlines. Using 2D extrusion, users can also benefit from the option of having the software read design parameters from Autocad DXF files. Other acceptable file formats also include STL and OFF. The extensive abilities of OpenSCAD can be evidenced by various user projects that include objects such as an iPhone Holder, set of anatomically driven fingers, a blossoming lamp, or an automatic transmission model.

A new website was launched by OpenSCAD last year that offers users multiple new resources including an online discussion forum for questions and advice, a gallery of previously made projects using the software, and additional access to content and software updates. Features added to the latest version of OpenSCAD include updates to the preview operator, highlight operator, and added icons for ease of use. A new built-in library path and the option to output to PNG also offers more accessibility. Final projects can be rendered on screen using OpenSCAD and exported to STL format for 3D printing.

With a strong focus on programing, as opposed to simply drawing an object, OpenSCAD makes for an ideal software program for those users whose final product needs to function as a 3D print design. The software is available through open source coding and is cross platform on Mac, Windows, and Linux. 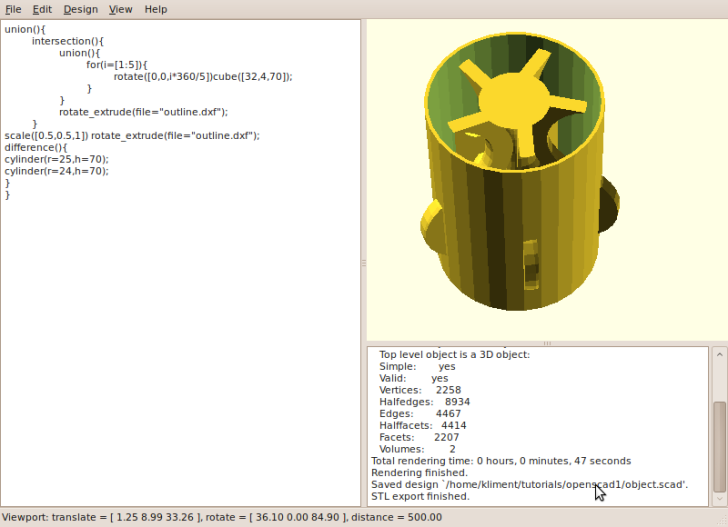