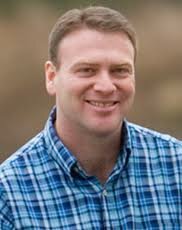 Smart states (which does not include my state of California) are on the hunt for new businesses these days, and are offering incentives for business formation in their states. And it looks like Oregon’s State Representative Jim Weidner would like to see some 3D printer manufacturers come to, or start up in, his state. Rep. Weidner of Oregon’s House District 24 in Oregon has introduced a bill that would put up to $2 million a year back into the pockets of those Oregon residents or entities who invest in companies that manufacture 3D printers in his state.

The bill is HB 3425, which would create an income tax credit for investment in qualifying companies that manufacture 3D printers, medical equipment or medical devices (the medical device industry could use this after Obamacare’s devastating 2.3% tax on their gross –that’s not net — receipts.). If passed, the credit would apply to tax years beginning on or after January 1, 2014, and before January 1, 2020.

This is a tax credit, not a tax deduction. Huge difference. A tax deduction only reduces taxable income and so its value is limited to the taxpayer’s tax liability before applying the deduction. On the other hand, a tax credit reduces the taxpayer’s tax liability — the full amount reduces what you owe the government. So if you are an Oregon tax filer and you invest $100,000 in such a business in Oregon, your taxes are reduced by $50,000. That’s a hefty credit. Invest $4 million, you’ll get the maximum tax credit of $2 million, and you can do this every year the investment tax credit is in effect.

As much as I want to see 3D printing move forward, I’m no fan of the tax code picking winners and losers. But that’s the world our lawmakers have created. So if you are a 3D printing angel investor, VC or investor, you may find yourself in Oregon in 2014. Or, if you own a 3D printer company, you might want to talk to Oregon about moving your business there. Seriously. If this passes, the raising of funds will become considerably easier for a company in the state.

I’ve written on this based upon one summary of HB 3425 that is on the Oregon State legislature website. So there may be details I’ve missed or misunderstood. But I think you get the idea. The summary has further information on the bill, including further detail on what “qualifying companies” are.