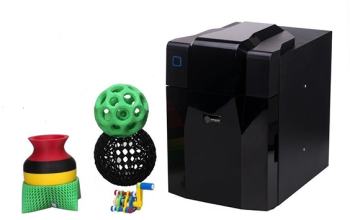 3D printing is still very much in the early stages.

While there are plenty of affordable and relatively easy to use 3D printers available today, you still need multiple pieces of software to prepare the 3D models, and then a separate piece of software to send the final file to the printer.

But Calgary, Canada-based startup PrintToPeer plans to change that.

PrintToPeer plans to simplify the 3D printing process. As it currently stands, 3D printer users need multiple pieces of software in order to bring a concept from the idea stage to a 3D model and again to the final printing stages. PrintToPeer plans to create a single application programming interface (API) that would specify how the software components should interact with each other.

With PrintToPeer, the process of getting the files to the printer is much easier. The software will help people use their 3D printers more efficiently. Instead of dealing with multiple pieces of software, users would be able to simply print to a single API, simplifying the entire process, and making it more user friendly.

The team plans to launch a Kickstarter campaign in May, but Bielecki explains that the campaign isn’t just about raising money, it’s to attract a core group of evangelists, which will help to attract the interest of developers.