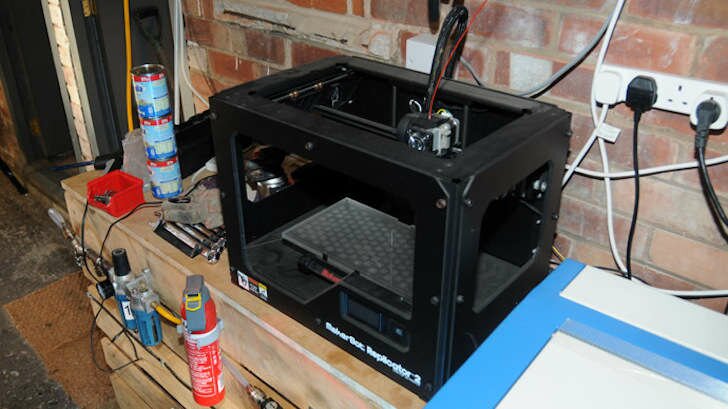 There’s been a lull in the news about 3D printed guns during the last few months, but it’s back in the headlines today.

During a raid yesterday in Wythenshawe, south of Manchester, in the UK, the Greater Manchester Police force found “a 3D printer and what is suspected to be a 3D plastic magazine and trigger which could be fitted together to make a viable 3D gun.”

What’s the big deal, we ask in the U.S., where we are allowed to create gun parts, with a 3D printer or not? Well, the UK has had a ban on handguns since 1998 (which, by the way, resulted in gun crimes doubling, and overall crime rising). On top of that, a European Union directive to member countries has made it illegal for anyone to use a 3D printer in the production of a weapon.

According to Gigaom, the “gun parts” the police showed off in photos that were subsequently sent around the world aren’t gun parts after all. They are actually just spare parts for the 3D printer. Yup, simply Makerbot Replicator parts. 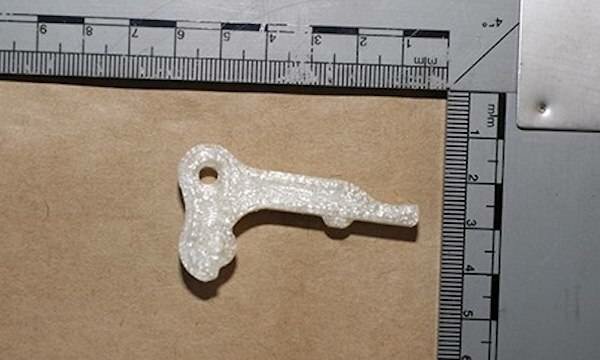 This is a trigger all right, but a trigger for a Spring-loaded Replicator 2 Drive Block. 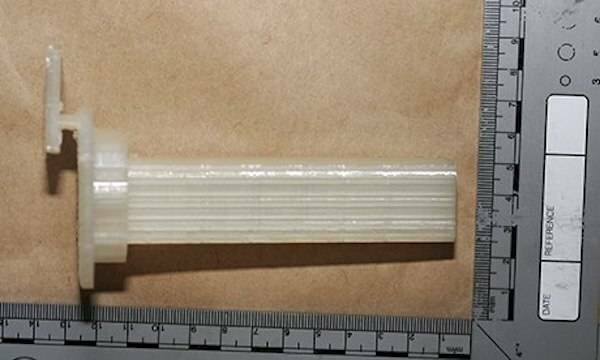 This is a not a gun magazine, but a Filament Spool Holder for a Replicator 2.

In a statement by police after they realized these were not, in fact, parts for creating an illegal weapon, they still made sure to justify future surveillance of 3D printers:

“Clearly the fact we have seized a 3D printer and have intelligence about the possible production of a weapon using this technology is of concern. It prudent we establish exactly what these parts can be used for and whether they pose any threat.

“What this has also done is open up a wider debate about the emerging threat these next generation of weapons might pose.

“The worrying thing is for me is that these printers can be used to make certain components of guns, while others can be legitimately ordered over the Internet without arousing suspicion. When put together, this could allow a person to construct a firearm in their own home.”

Let’s stop freaking out about 3D printers and guns. If someone wants a gun, or wants to carry out some violence, they’ll do it with or without the help of a 3D printer.