As the prices of 3D printers continue to drop, it has become easier than ever to foresee a future in which the technology will be as ubiquitous as personal computers, printers, and smartphones. Mainstream retailers sell 3D printers for as low as $1,300, which means every home could have one in the not-too-distant future. When a technology has the potential to put the future of product innovation in a user’s hands – literally – it raises the question of what will users do with the breakthrough technology. Will they save lives by developing medical models and living tissues and organs, or will they create enough undetectable firearms to cause damage on a massive scale?

A Future of Printing Firearms

A 3D printed gun isn’t futuristic – at least not since May 2013, when 3D printing enthusiasts had already created, and fired, one such weapon, known as the Liberator. The inventors of the 3D printed gun wasted no time dispersing their ideas. They posted the blueprints online, where 100,000 individuals downloaded the plans within only two days, Forbes wrote. If you own a 3D printer, those plans can easily become a reality, all for the cost of about $25 worth of plastic filament.

The problem is that these homemade, 3D printed guns circumvent any and all gun control laws. If they evolve to such a point where they need no metal components at all – a plausible event – they will be undetectable by standard metal detectors. Eventually, users will likely be printing their own bullets as well. “These are not manufactured in certified facilities, are not designed to be picked up by metal detectors and are largely untraceable once they hit the streets,” wrote The Montreal Gazette. “There is no way, right now, of regulating this kind of manufacturing. There is no way of learning who is printing weapons.” And while the time and expense that goes into the process probably won’t attract the kind of thug or criminal who will just buy a stolen gun illegally, the weapons made from the $1,300 3D printer may appeal to a rougher crowd. The terrorists making their own explosives and other weapons, designed to be untraceable, may use the technology to make their own private firearms factories. 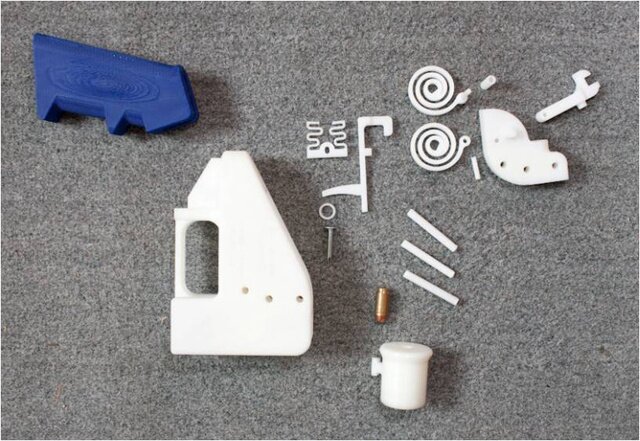 Reactions to the Gun Printing Phenomenon

The fear of 3D printed weapons has already provoked government action. The federal government has made the maker of these blueprints, a nonprofit called Defense Distributed, take down the plans while they determine whether or not the blueprints violated trade laws. In the meantime, the 100,000 downloads of these plans won’t just disappear. The blueprints are already out there – and for the determined searcher, it wouldn’t be too hard to find them, access them, and use them to create potentially deadly weapons. The government’s investigation may even turn out to be a bust. As the work of a non-profit organization, these blueprints may be considered works in the public domain.

If so – and probably even if not – the government will have to find other ways to control this potentially dangerous technology. City and state lawmakers have already begun introducing bills that, if enacted, could regulate the creation of 3D printed guns. Still, even the federal government has expressed fears that truly stopping people from making and using 3D printed firearms “may be impossible,” according to TechCrunch. Even if officials pass laws barring the manufacture and possession of these weapons, how can we enforce them if the guns are undetectable?

Separate from government intervention, companies are trying to dissuade such a use for their machines, presumably to limit their liability in case a 3D printed firearm causes harm. One company, Create It REAL, has already devised software that will stop users from printing 3D weapons on their machines, NBC News reported. And the 3D printer that Defense Distributed used to create the Liberator? The manufacturer revoked the lease and repossessed the machine, Wired reported.

The prospect of printing guns has created a lot of hype. After all, with recent mass shootings and gun control laws in the political spotlight, a method of making guns that would not only evade regulations but pose a greater problem in detecting such weapons is sure to make a stir. However, let’s not be too quick to condemn 3D printing as a dangerous technology just because of one single but headline-worthy such use. Already, 3D printing in the medical field is expanding doctors’ capabilities with potentially life-saving effects.

Imagine that you are a seriously ill patient and need a risky surgery, like heart surgery, to get well. How would you rather have your doctor prepare for the operation – by squeezing a generic plastic replica of a human heart, or by actually practicing the surgery techniques in advance on a model of your exact heart, with all of the imperfections that put the organ at risk? Now, thanks to 3D printing, doctors can already do just that. Diagnostic imaging creates an exact blueprint for model organs used by neurologists, cardiac surgeons, and orthopedists. 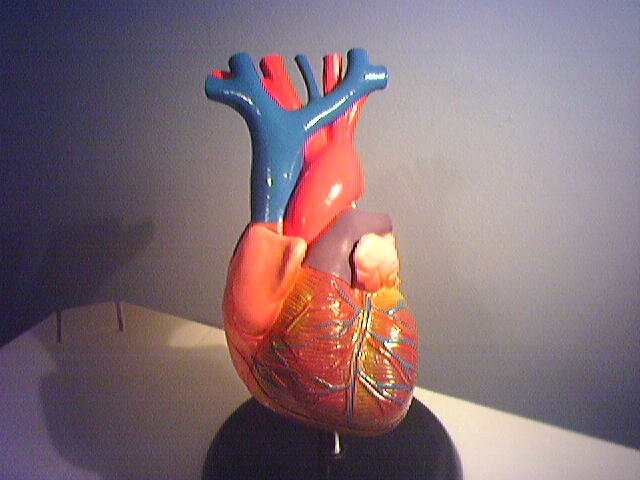 Medical uses of 3D printing don’t stop there. The plaster and fiberglass casts used to immobilize broken bones have a well-deserved reputation for being uncomfortable, itchy, and difficult to maneuver when moving, working, and bathing. A New Zealand designer aims to change all that with his 3D printed cast, a light and mostly open type of cast made to fit the individual patient perfectly, according to Gizmag.

Using human and synthetic biological materials, 3D printed medical implants are beginning to be used inside the body. For example, medical professionals can manufacture new noses, jawbones, and other body parts through 3D printing by making “bones” and “cartilage” out of biodegradable scaffolding and covering these structures with real human cells, often from the patients themselves, according to Yahoo! News. As the cells grow and reproduce, the artificial body part eventually becomes a full part of the patient’s body, without foreign implants. The technology is still approaching the level of study it needs to achieve in order to begin human testing, but the concept is cause for hope. Imagine a future in which no individual is doomed to a life of disfigurement and loss of function because of a birth defect or permanent injury.

Similarly, researchers have used synthetic materials to manufacture faux human tissues that could function within the human body just like muscles or – eventually – even full organs. With a shortage of life-saving organs to go around and a high failure rate in certain kinds of risky transplants, the option to simply print a new, functioning organ would save lives and improve the quality of life for hundreds of thousands of Americans who are sick or have suffered severe injuries.

While some have expressed fear at the possibility that 3D printing could be used for evil, it’s essential that we all remember how much good the technology can do. How many lives can we save? How many futures can we improve? With any luck, the extraordinary medical uses, and not increased access to guns, will be the true legacy of a futuristic technology that is only beginning to become reality for many Americans.

Richard P. Console, Jr., is founder and managing partner of personal injury law firm Console & Hollawell. Since 1994, he’s helped victims throughout New Jersey and Pennsylvania get their lives back on track after an accident. As an avid safety advocate, Mr. Console has an interest in new technology, like 3D printing, that could drastically impact public safety and the future of healthcare.
View all posts by Rick Console →