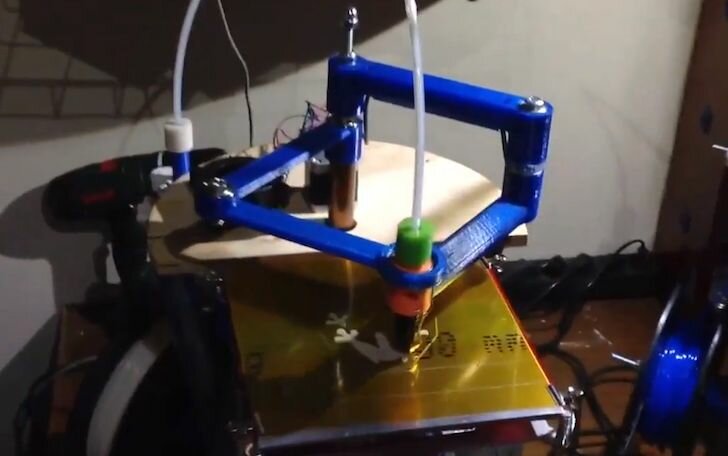 The RepRap open-source project is one of constant revision, with development occurring according to use, environment, and necessity. As such, each version of the RepRap family is named after a biologist to bring attention to the evolutionary nature of the project — (Charles) Darwin, (Thomas) Huxley, (Alfred) Wallace, and (Gregor) Mendel. Some of the designs are based on ease of assembly, some on rigidity and function, and some on accessibility of parts. The models were developed as necessity dictated, and that applies just the same to the new RepRap Morgan, named after Thomas Hunt Morgan.

The Morgan was developed by Quentin Harley of Centurion, South Africa. His primary motivations for creating the new RepRap model were these limitations of existing models: “Cost of a stable structure, capable of a long service life at a high print quality. Relatively hard to construct: Precise measurements are required.” He relates, “I started trying to build a 3D printer around two years ago, but my first designs were really bad. The problem was that in South Africa you couldn’t get any 3D printer parts, so you had to make everything yourself.” Many of the RepRap versions address those same issues with triangular frames (for stability) and less parts (for ease of assembly). The Morgan solution is a total rejiggering of the X and Y motion mechanics. Instead of moving the X on a fixed, linear bar/rail and the Y the same way but perpendicular, the Morgan employs the method of SCARA construction robots. SCARA stands for Selective Compliance Assembly Robot Arm; the “selective compliance” refers to the X and Y being free to move while the Z is rigid. The design takes up less space and requires fewer parts than the Cartesian format that most RepRaps use.

Fewer parts generally translates to lower cost. And Quentin is shooting for very low cost. Not counting the printing platform, he wants the final design to have a BOM (bill of materials) of less than $100. With fewer printed parts and vitamins (non-printable parts), the Morgan is easier to assemble with fewer points of possible failure. Because of the mechanics, quality of assembly (beyond a certain threshold) isn’t entirely necessary for quality prints. One of the only issues, which is addressable, is that the arm has a tendency to droop at greatest extension; this is countered by slightly tilting the build platform away from the arm. Despite that issue, the Morgan can produce quality prints.