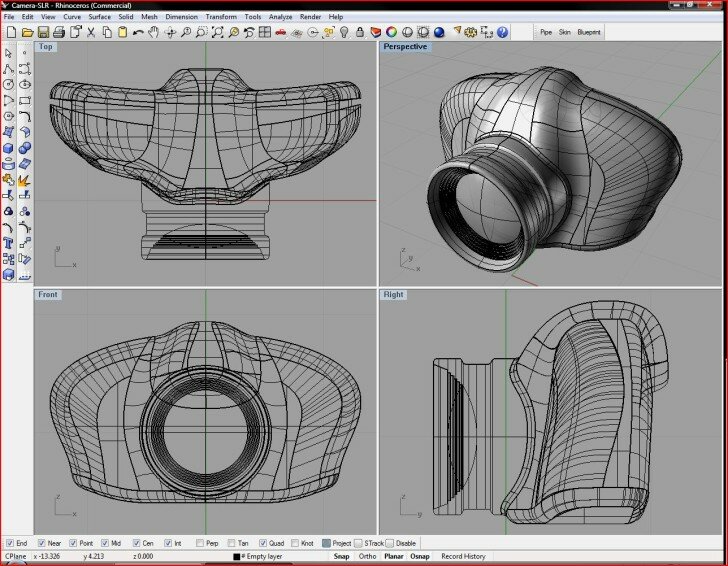 Rhino, or Rhinoceros 3D, is a 3D modeling software that uses “NURBS” to allow users to generate complex and unique 3D shapes. Although one of the newer players in the 3D modeling game, Rhino has quickly become a favorite of professionals in industrial design, jewelry design, automotive design, reverse engineering, and 3D printing.

Rhino prides itself the world’s “most versatile 3D modeler” and focuses on creating both a comprehensive design application as well as an intuitive one. The company boasts that it has added 3,500 enhancements since the first version was released in 2008, thanks to 40,000 beta users.

The software is a “NURBS” based platform that allows for a more intuitive interface and the ability to create advanced shapes. The platform also has over 100 third-party plugins developed for more advanced modeling and rendering. It’s plugins are a big selling point as these allow the user to customize the application for their specific needs. That’s also why it has caught on in so many different industries.

Ultimately, this app allows for one of the least limited 3D modeling experiences available without the incredibly high price that many similar applications will run you. More importantly, it doesn’t just allow you to create any shape imaginable, it also allows you to focus on specific details. The modeler allows for numerous display modes to allow the user to see their model from any viewpoint and any angle. Once you’re done, you can export in more than 30 different file formats, another big plus for this versatile application.

While packing a big punch, the software is also one of the easiest to learn and lets you focus on modeling rather than workarounds. It doesn’t require any serious software and can even be run on a laptop. The program runs on Windows and Mac operating systems and costs start at $995 for a single user. Additional plugin bundles cost extra. Rhino also offers a student version that starts at $195. 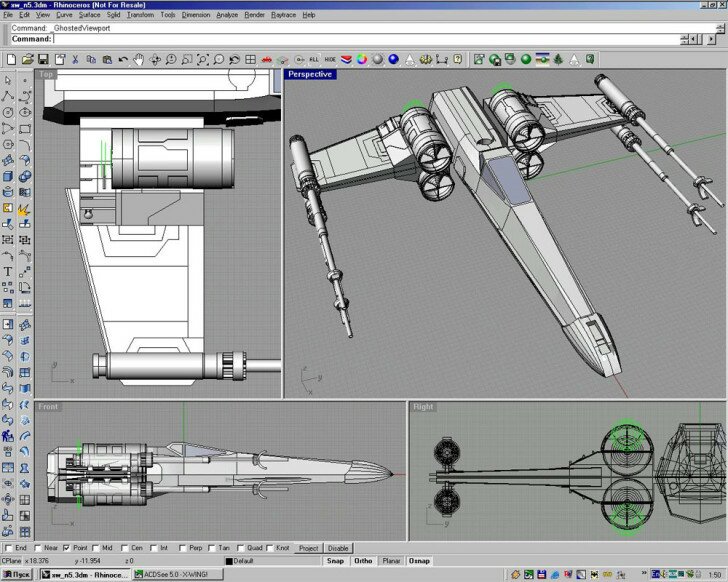