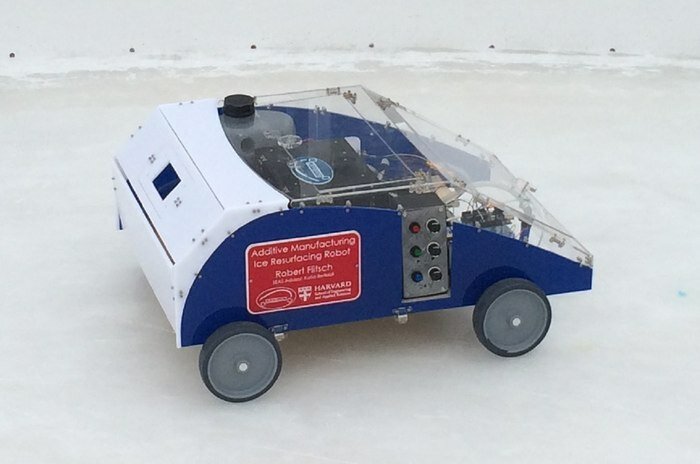 Here in the first world, we pride ourselves on our technologically advanced society, but somehow we still fail to fix something as basic as potholes.

Every spring, as the snow melts away, our roads crack and, they become a living nightmare for the alignment of cars nationwide.

A new 3D printing startup, Addibots, is developing a mobile 3D printer that will automatically fill potholes in the future, putting an end to them once and for all.

In simple terms, the Addibot is a 3D printer mounted onto a moving robot. The thinking is that with the ability to move to any desired location, the Addibot can print larger objects, potentially on any scale. So rather than 3D printing in the conventional sense, where an object is created within a workspace and then removed for use, the Addibot approach is to reinvent that workspace by allowing the technology to operate in just about any environment where there’s a flat surface.

The team’s first prototypes were fitted with ink cartridges, intended to first demonstrate the Addibot’s proof of concept in the 2D realm. And then because water possesses similar fluid characteristics to the printing inks, the team turned its attention to 3D output, repurposing the Addibot as an Ice Resurfacing machine to treat carved up ice skating rinks.

The upgrade involved adding a storage vessel, pump and heat exchanger to cool the water to just above freezing temperature. Once it reaches this point, the water is expelled onto cracks in the ice surface, freezing on contact in around 700 milliseconds. The Ice Resurfacing Addibot was tested on a real ice rink surface, with the team satisfied with the results and their proof of concept for mobile 3D printing.

While the team says there is many possibilities for Addibots in this space, it will initially focus on road engineering. To this end, it is now developing a new distribution array that can accommodate asphalt materials, with a view to tending to cracks, larger potholes and even the complete resurfacing of roads.

While maintaining roads in their current form is a worthy pursuit in itself, the company says that its technology could also pave the way for more advanced roadways in the future. The thinking is that o keep pace with advancements in transportation technologies, such as electric cars, we will need to rethink how the roads themselves are fabricated. By bringing 3D printing into the mix, it claims Addibots would be able to blend conductive materials into roadways for transmission of electrical power, for example, or add sensors to allow communication between vehicles. They could also make for more robust roads by printing materials for added strength, such as carbon fiber.

The company says its first products will be unmanned autonomous units, but it eventually plans to offer a number of models in various sizes at different price points. These will range from small units you can rent from a home improvement store to pave a new driveway, to manned units for larger scale projects.