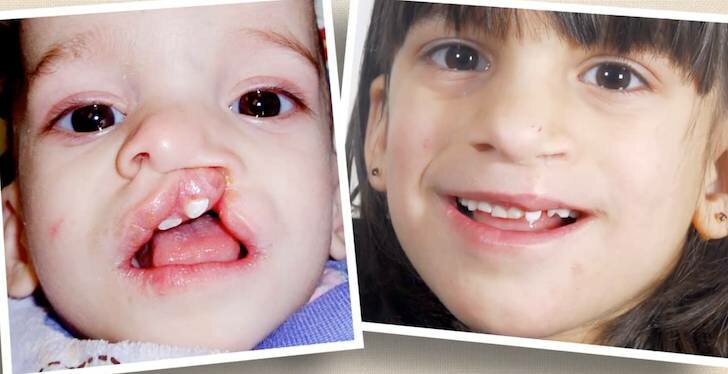 It’s a pleasure for me to write about 3D printing because it keeps me up to speed with so many technological advancements, including those related to medical fields. Such breakthroughs are especially relevant to me. Spinal implants, surgical guides, and prosthetics — 3D printing is being used to fabricate medical solutions to treat a wide range of ailments. Another consistent driver of modern medicine is the Shriners. The Shriners did a lot for me personally, paying for neurology and orthopedics visits, braces, and my spinal fusion surgery. Some of their doctors press on the forefront of treatments, and now they’re using 3D printing for a less invasive procedure to repair cleft lip.

Dr. Philip Stoddard, a physician at Shriners Hospital for Children in Springfield, Massachusetts, came up with the idea of printing iterative orthoses, and he flushed the idea out with CAD software engineer Beth Roscoe. They partnered with an electrical engineer on the Geomagic board of directors, Peter Fuss, and Bob Morehardt of Mor-Tech, which owns a Selective Laser Sintering (SLS) 3D printer. Stoddard was displeased with a conventional treatment for cleft lip, DentoMaxillary Appliance (DMA), for being too dramatic; it requires putting the child under anesthesia for surgery, and then tightening screws over time. That sounds incredibly unpleasant, and likely infants have a similar opinion on the matter.

With Stoddard’s method, Geomagic takes a 3D scan of an impression mold of the child’s gums and Mor-Tech prints the customized orthoses. A series of orthoses are worn by the child over time, changing them out weekly and slowly pulling the gap in the gums together so that a simple reconstructive surgery is necessary to create a near seamless lip. This has become the now standard method for treating cleft lip and palate in Massachusetts, and I expect that it will spread quickly.

Our bodies, while very similar, are also very different. And disease and injury plague us without concern for uniformity. So treatments must and will become more patient-specific, tailored to individual’s diseases, disorders, injuries, shapes, needs, and biochemistry. When we have custom organs we’ll have reached an era of medicine and civilization that many have claimed impossible. But I believe it will happen, and go far beyond what we can currently imagine. What it means to be human will come into question, and we will be better for it.