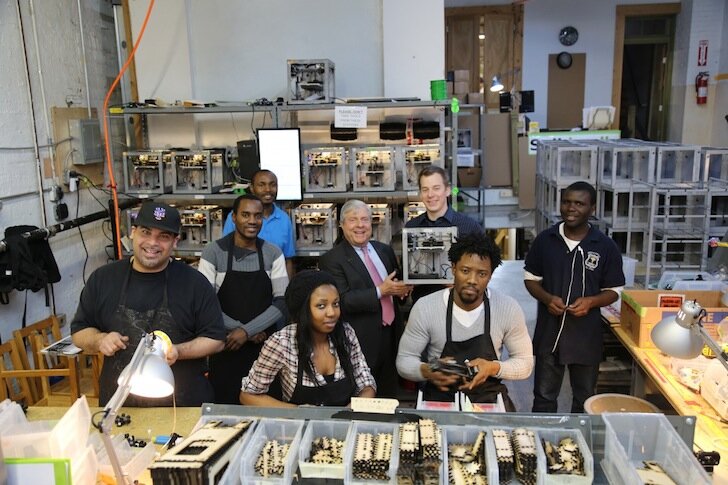 Way back in 2011 we wrote about the newly formed Solidoodle offering the most affordable fully-assembled 3D printer. That business plan seems to have worked exceedingly well, as their workforce has gone from four to 60, and they’re on the third generation of their 3D printer. Solidoodle has been stating for a couple weeks now that they’ve been just barely holding back a great announcement. Well here it is: Solidoodle is becoming a multinational company, with plans to expand into Russia, Brazil, Canada, Japan, and several other countries.

And I don’t mean selling printers into those countries, because they’ve already been doing that; they ship to anywhere that USPS and UPS will deliver. The plans are to build factories in those countries in order to more locally sell not only printers, but also “lifestyle” items that the printers can produce. I can only speculate as to what “lifestyle” items they’re speaking of, but my guess would be things like jewelry and keychains.

I suspect that they’ll start offering similar goods in America (else we may feel left out), possibly at the new 3D Pavilion in Bryant Park established through the partnership with the Manhattan coworking space, Ensemble, where other 3D events will be held, such as Soliforum and Solifusion, the latter of which gives VIP Solidoodlers a venue where they can explain how they started businesses with their Solidoodle printers. Much of Solidoodle’s own success is thanks not just to the sell of the printers, but also to the printers’ production capabilities. Sam Cervantes, CEO of Solidoodle, explained that while most of the assembly of the printers is done with human hands, some of the printers’ parts come out of Solidoodles. 23 Solidoodles, to be exact, all controlled by one computer. It’s a novel solution to the problem that is the conventional factory. Yesterday’s factories require the space of a warehouse, and the costs that come with that amount of space and equipment, just to produce a specific good; producing a different good involves expensive retooling processes. With just a shelf of 3D printers though, any number of goods can be produced with no retooling.

From a company of four to $1 million in sales (for 2012) in just over a year is pretty astonishing for a product that’s hand built, so good on them. Also in the announcement was a partnership with Georgia Institute of Technology’s Mars Society for the purpose of expanding 3D printing-related space research. But the excitement is over global expansion. The first international factory is going to Moscow, and apparently it won’t be selling the currently offered printers, but a “yet-to-be-announced-model.” The people at Solidoodle do love to keep us on the edge of our seats.