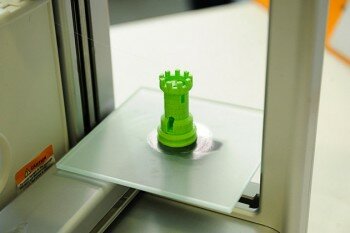 With more and more companies struggling to stay ahead of the game, introducing 3D printing is a logical move.

While the concept of 3D printing is fairly easy if you have a 3D file to work with, the process of turning an idea into a 3D file is likely to be a bit more complicated than the average Staples customer will want to tackle on their own; however, Stapes plans to begin training its graphic design consultants, so that they will be able to help customers throughout the entire process.

According to Damien Leigh, senior vice president of business services at Staples, the test stores are similar to mini Maker Faires, where people can come in, use the printers, and learn what 3D printing is all about.