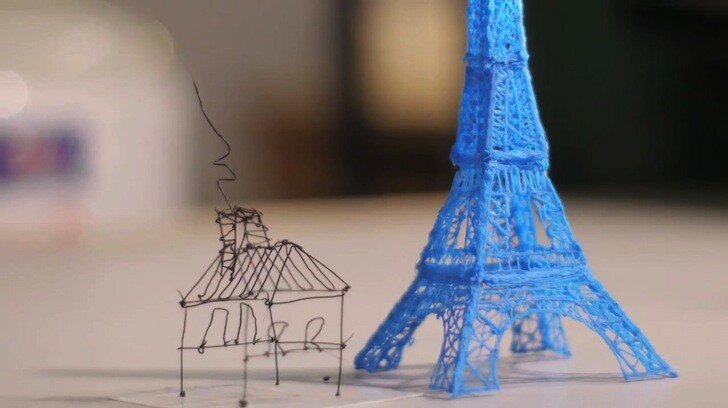 The 3Doodler may not be a 3D printer, but there’s a lot of demand for the 3D pen. Its campaign raised almost $2.5 million, and there have been further preorders. There’s even a Chinese clone already. For those that don’t know, it’s a handheld plastic extruder/hotend that allows anyone to draw with freeform plastic; because it cools rapidly, drawings can go vertically right off the page. It’s better to just see it in action:

As cocreator of the 3Doodler and cofounder of WobbleWorks Max Bogue states, there are some still-secret upgrades in the final release version. If you’d like to doodle your own 3D masterpieces you can preorder one for $99.