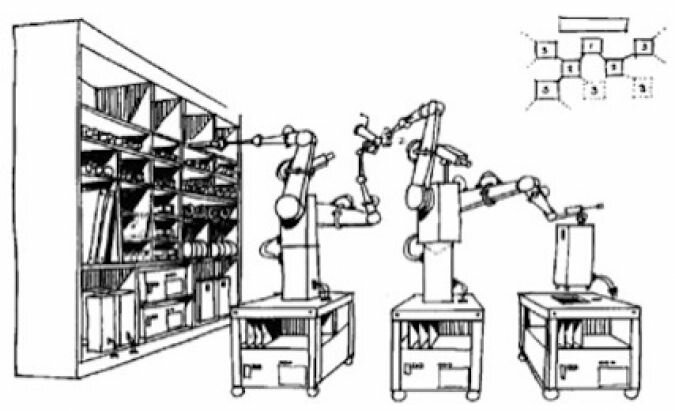 Just when I thought I’d heard it all in the latest 3D Printing news, I went to a meeting last week at MIT on Digital Fabrication that just blew 3D Printing out of the water.

The White House Office of Science and Technology Policy [OSTP] asked Neil Gershenfeld, Director of the Center for Bits and Atoms at MIT, to organize a meeting that allowed the digital fabrication community to voice their needs for policy and programs to the Executive Branch. Tom Kalil, the OSTP Deputy Director for Technology and Innovation, made clear “the President believes manufacturing is important to the future of the nation. Since R&D and manufacturing are coupled, the White House believes that if manufacturing goes off-shore, then R&D will follow.” And it is innovation in R&D that has been an American strength for decades.

As the creator of the FabLab concept, Dr. Gershenfeld assembled the best and brightest researchers working beyond just 3D Printing, to expanded digital manufacturing. He opened with his famous analogy of the microwave oven. While the microwave is a great convenience in the kitchen, it still has not replaced the rest of the appliances. Digital manufacturing includes many different types of tools. The common feature is that a CAD file tells the machine what to do. For a CNC machine or Laser cutter CAD files tell the machine where to cut; for 3D Printers, CAD files tell the machines where to deposit material. The individual technologies were not the focus here, but rather collectively how these machines could be made to be more efficient and cost effective with reduced waste in both production and at the end of the product life cycle.

I was looking forward to this technical conference as scientists and engineers tend not to get caught up in the hype, such as we’re currently hearing in the media about 3D Printing. But the predictions were astonishing.

The first set of presentations essentially talked about digitizing the materials themselves: filling materials with the information they needed for many tasks such as self-assembly. Peng Yin from Harvard’s Wyss Institute for Biologically Inspired Engineering, essential question was “Can we grow a computer from DNA?” Using DNA “origami” and DNA nanorobots, the answer appears to be yes. 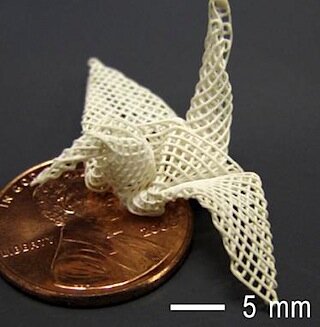 Also working in the Wyss Institute at Harvard, Jennifer Lewis’ group has been working on functional inks for 3D Printing that are “green” and specifically tailored for targeted functionality. Printed origami allows for complex 3D shapes such as the bird [left], and imbedded vascular networks that mimic nature have significant medical applications such as nutrient delivery and heat transfer.

Moving into self-assembly, Will Langford, in Dr. Gershenfeld’s own group automates digital micro-assembly with press-fit circuit boards that snap together, the pieces themselves defining the shape of the boards and pathways. With precision embedded in the material, micro-robots for assembly can be quite simple, and to make a bigger object more robots are called in to work. Hod Lipson from Cornell of course has printable robots that walk out of the printer with all components in place including the battery!

While Erik Demaine is a Professor of Computer Science at MIT, it is perhaps his art background that led him to work in Geometric Folding Algorithms. Which segued beautifully into Skylar Tibbits explanation that 4D Printing is really self-assembly over time.

There is far too much detail for one blog post, and I’ll be writing up specific topics separately. But collectively it was an amazing glimpse into the future of digital fabrication. But when all was said and done on the technological frontier, Dale Dougherty, Editor and publisher of Make, summed the day up perfectly: “Digital Fabrication is about how to help people make things!” Amen!