Aviation is one of the greatest achievements of humanity. It is a means of transportation, communication, discovery, and leisure. Because it’s so fast, it’s ideal for emergencies where people, equipment, and even organs need to be moved quickly. The view is also uniquely unobstructed, so flying apparatuses are often used by first responders to get a birdseye visual; surveyors for oil and gas companies and utilities use them in a similar manner. Of course, their most destructive form as missile-delivery drones is their most well known form. UAVs have come a long way from their RC plane and chopper roots. These aerial machines were hatched without 3D printers, but now 3D printing seems to have taken the little chicks under its wing. It started with the…

Professor Jim Scanlon, ofvthe University of Southampton’s Computational Engineering and Design Research group, says: “The flexibility of the laser sintering process allows the design team to re-visit historical techniques and ideas that would have been prohibitively expensive using conventional manufacturing. One of these ideas involves the use of a Geodetic structure… This form of structure is very stiff and lightweight, but very complex. If it was manufactured conventionally it would require a large number of individually tailored parts that would have to be bonded or fastened at great expense.” SULSA was printed on an EOS nylon laser sintering machine in a manner that allows all the pieces to be snapped together without tools. The purpose of the project was to demonstrate the practicality of designing UAVs to be printed. It was a 100 mph success. 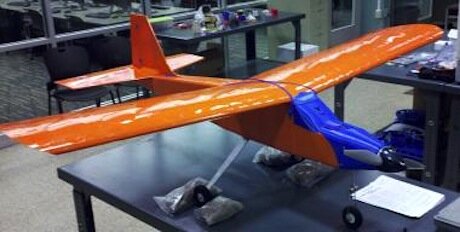 Steven Easter and Jonathan Turman designed this printable UAV for Mitre Corporation. It flew over 40 mph on its maiden flight under the interested eyes of the US Army. I wonder what the Army wants with 3D printable drones… err, UAVs.

The University of Maryland’s Maryland Robotics Center was contracted by the Army to design the Robo-Raven as a surveillance tool that would blend in with its surroundings. Its printed components imbue the bionic bird with an agility that’s so similar to real birds that real birds of prey have actually attacked it. And the Robo-Raven is evolving, now being powered by solar cells attached to the wings.

Based on the SULSA, University of Southampton designed the printable 2Seas for the European Coast Guards to monitor and prevent drug smuggling through the North Sea and English Channel. Its unique design lets it fly for five hours on seven liters of fuel, which is quite efficient, and it’s already been successfully tested in unfavorable weather conditions.

This UAV company originally bought a Stratasys Dimension 1200 with the intention of using it for producing prototypes and promotional goods. Little did they know that they’d start using the printer for manufacturing actual UAVs. The rapid changeability that comes with 3D printing allows the engineers to design around requests from clients.

Complex geometries and other shapes that are difficult for conventional manufacturing to produce are totally possible with 3D printers. And the weight-to-volume ratio for printed components is phenomenal because density can be controlled. This trend will surely continue until cargo and passenger planes are printed.