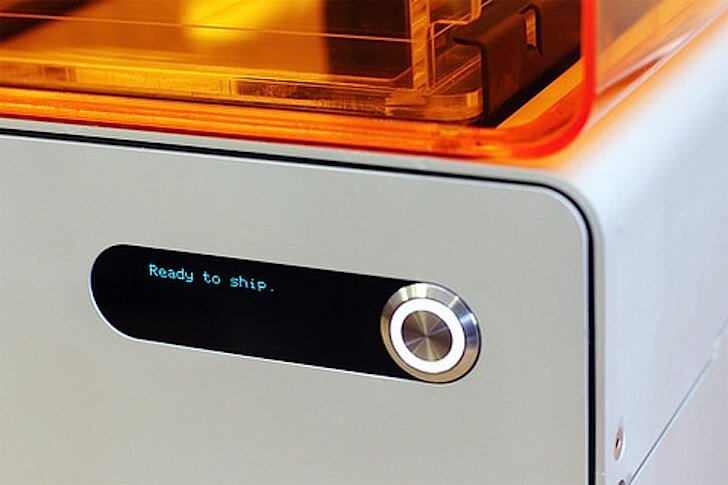 We first reported on the Form 1 about 9 months ago a few days before it hit Kickstarter. The desktop printer developed by Formlabs was the first to make stereolithography affordable and accessible. Since then, the B9Creator and the mUVe 1 have been crowdfunded. What separates the Form 1 from the stereolithography printers that came later is that it comes fully assembled, it has its own slicing software, and it looks like it belongs on spaceship. The Form 1 is hands down the most attractive 3D printer on the market.

And it is on the market. Finally. While hundreds of B9s have been shipped and the mUVe 1 production is moving smoothly, the Form 1 took its precious time getting to early backers. And most backers still have a bit of a wait. Not counting the 15 beta kits that went out, only 20 Form 1s have been shipped so far. Of over 1,000 Kickstarter orders. Plus preorders from their own site. But for a stylish, fully-assembled SL printer that comes with software, that’s a pretty impressive production ramp. It’s worth noting that 3D Systems sued Formlabs over patent infringement, so the fact that the Form 1 even made it to market is remarkable.

The wait will surely prove to have been worth it. This is a high quality machine. The minimum layer thickness is a super-thin 25 microns. The software is clean and efficient, and there’s also an included finishing station. Sure, a few people that pre-ordered have been (and still are) complaining about the wait. But most have been grateful that the Formlabs team is taking the time to get it right, and they’ve been politely reminding the naysayers that good things come to those who wait.