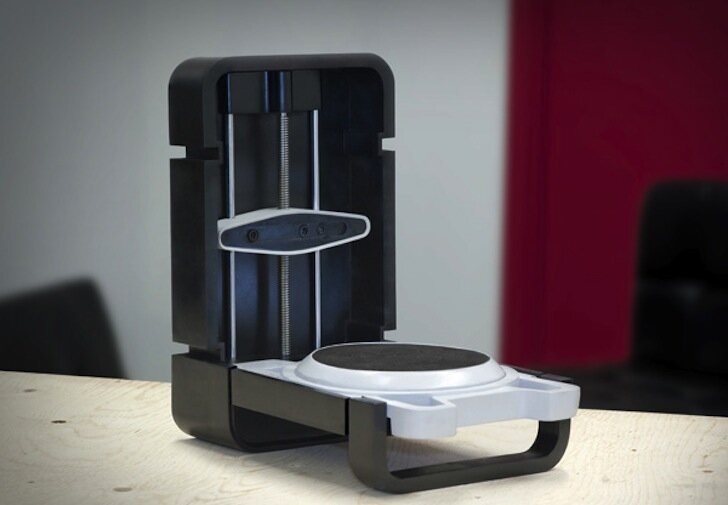 3D printers are getting easier and easier to use, but they still need 3D files to print. Modeling software is also getting easier to use, but it still takes some practice. Of course, you could just just download premade files off of sites like Thingiverse, but then you’re limited to what others have created. But if you’re not great at modeling there’s still a way to get 3D models besides downloading them: 3D scanning. Until recently, the hardware has been very expensive — like at least $10,000 expensive. That’s changing though. Not only is there cheap (and equally frustrating) DIY 3D scanning now, but actual 3D scanners are getting cheaper and easier to use too. The Lynx A is a wireless, handheld 3D scanner that had a successful Kickstarter campaign where the device was offered for as little as $1,799. Soon after the Lynx debuted, MakerBot announced the Digitizer Desktop 3D Scanner, which does click-and-scan 3D scanning of objects. Now there’s a new affordable desktop scanner on indiegogo called Photon.

The Photon by Matterform is being funded at light speed, reaching 300% of its C$81,000 (that’s Canadian dollars) goal with 21 days left on the campaign. It’s understandable why people are backing the project so enthusiastically; it’s a great product. For one, it looks great — way better than the Digitizer prototype. It’s also very portable and easy to store as it folds up and has a carrying handle. But what make the Photon so awesome are its quality and ease of use. Equipped with a high-definition camera and two lasers, scanning objects happens with one touch in about three minutes. Adam and Drew designed everything from the ground up for the Photon, even down to the circuit board, so the scan resolution for “a 4 inch figurine, is 0.43mm @ 0.5 degree scans, with an accuracy of +/- .2mm” and it can handle objects as large as 190mm x 190mm x 250mm. The included software creates a point cloud that’s then converted into a mesh; files can be saved as .stl, .obj, and .ply, allowing you to import them into your favorite modeling software.

If you’ve got a 3D printer, having a Photon could be invaluable for prototyping, reverse engineering, and doing things like stop-motion. Even if you’re good at modeling, I doubt you can model any random object laying around your home, to scale, in three minutes. That’s incredibly convenient, and can turn a 3D printer into a true replicator, which is great for when things break or you lose a chess piece. For $449, the Photon is a real bargain. 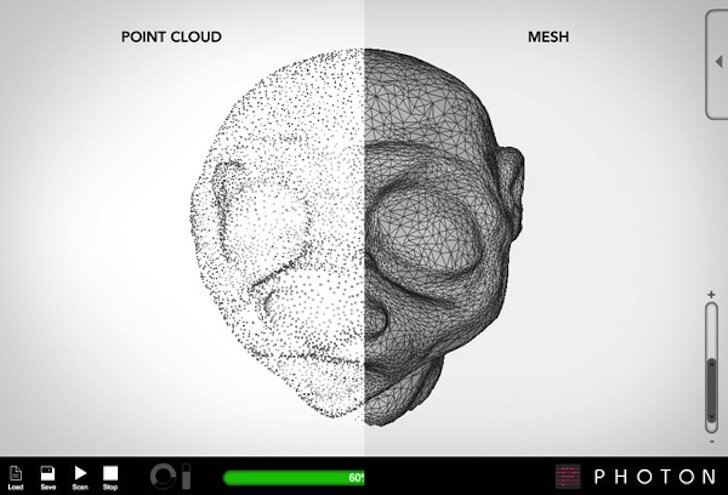